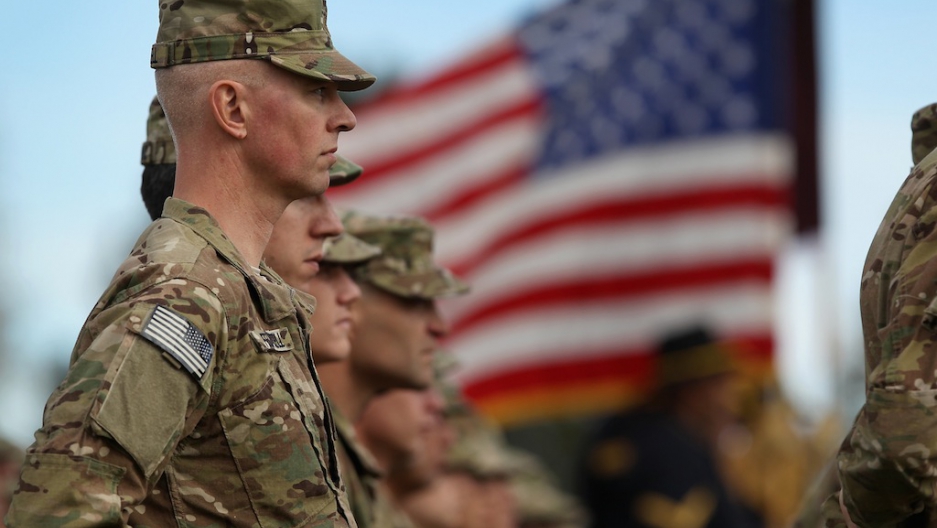 Soldiers bound for Afghanistan stand at parade rest during a departure ceremony on November 4, 2011 in Fort Carson, Colorado. A complete American troop withdrawal is expected by the end of 2014.
Credit: John Moore
Share

Diligent fact checkers across the web called out President Obama and Mitt Romney on their half-truths, blatant fabrications, dishonest suggestions, misleading omissions, factual errors and whatever else you want to call lying to the American public. But is anyone fact-checking the moderator?

Bob Schieffer of CBS News, moderator of the third and last presidential debate, released a tentative list of topics last week. The name of his second topic, "Our longest war - Afghanistan and Pakistan," is not, shall we say, factually pristine. And Schieffer isn't alone. It seems like just about everyone calls the US war in Afghanistan, "America's longest war."  Foreign Policy wrote on Oct. 12: “America's longest war won little attention in the first presidential debate.” Arianna Huffington titled her blog post, “Afghanistan: Our longest and least talked about war.”

But Vietnam, by many counts, is America's longest war.

Nov. 1, 1955: The US assumed responsibility from France for training South Vietnamese troops, sending a Military Assistance Advisory Group. The Department of Defense later decalred Nov. 1, 1955 the earliest "qualifying date for addition to the database and the Vietnam Veterans Memorial."

Jan. 1959: It's when the North Vietnamese Communist Party decalred a "peoples' war" on South Vietnam.

Aug. 4, 1964: The Gulf of Tonkin incident is the conventional start date. After a US ship clashed with North Vietnamese, Congress passed the "Gulf on Tonkin Resolution," allowing President Johnston "to take all necessary steps, including the use of armed force." It's the closest the US came to officially declaring war in Vietnam.

March 8, 1965: The first US combat ground troops arrived in Vietnam, though thousands of military personal were already there.

America's involvement in Vietnam began in 1950 when President Truman sent military advisors to aid the French in the First Indochina War, and ended with the fall of Saigon on April 30, 1975 (though some might suggest the 1973 Paris Peace Accords as an end date). The war in Afghanistan began Oct. 7, 2001, and is scheduled to end in 2014.

A phrase repeated in the media ad infinitum does not make it true.