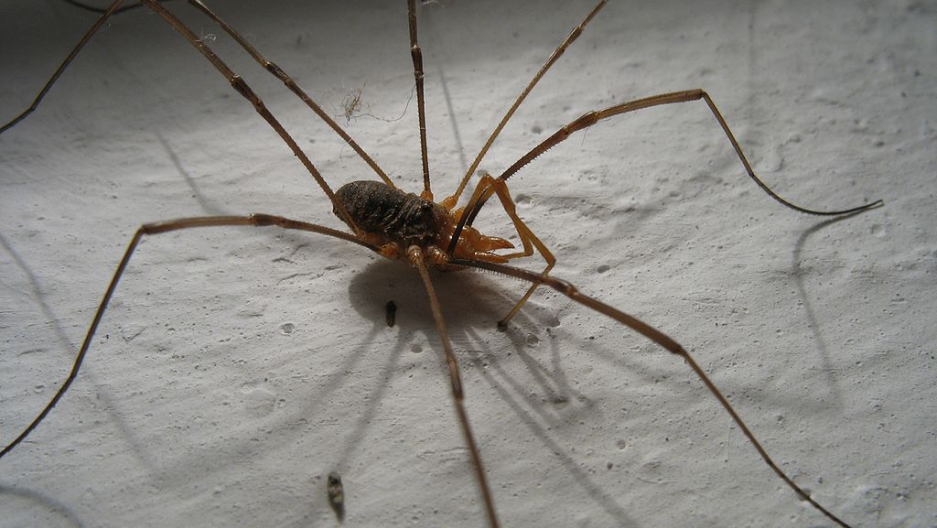 Scared of leggy insects? You probably don't want to know about a recent entomological discovery in Laos. We're talking about a Daddy-long-legs with a 33 centimeter long legspan. That's well over 12 inches—considerably longer than your average schoolhouse ruler.

The Senckenberg Research Institute released the findings earlier this week, and added that although the harvestmen (the proper term for Daddy-long-legs) is certainly immense, researchers are as yet unable to identify the exact species.

Daddy-long-legs, or harvestmen, are actually fascinating creatures that are not particularly well understood by the general public. Some fun facts...

1. They're not poisonous. Despite what you may have heard from a 3rd grade expert on the playground many moons ago, harvestmen are not "the most poisonous spider in the world." They have no venom glands, fangs, or any way to produce dangerous chemicals, according to this very informative University of California Riverside page. They are totally harmless—don't squish them in cold blood.

How do you tell the difference between a member of the Opiliones order and a spider? Look at the body: the front and the back end are fused together, whereas spiders have two distinct body sections. Further, Opiliones only have two eyes, as opposed to a spider's eight.

I am certain this will come up constantly at cocktail parties.