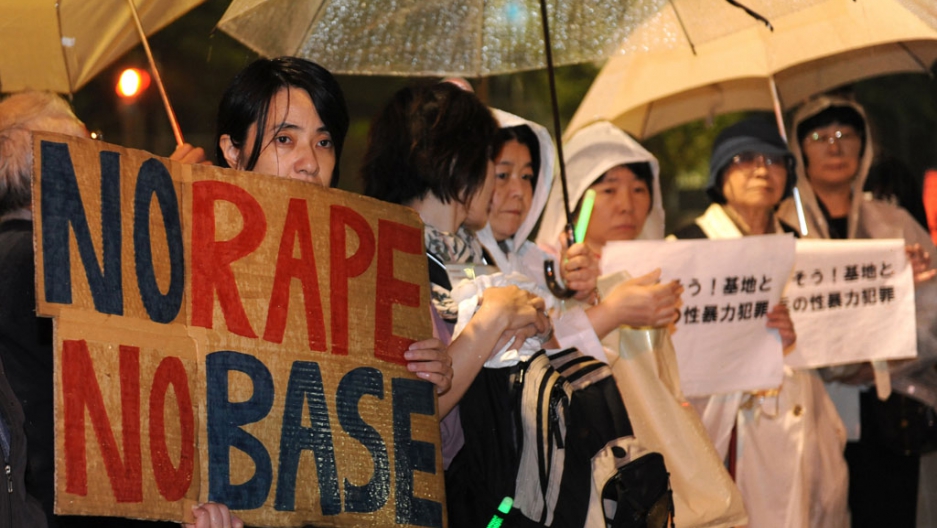 Some 50 people gathered in front of the prime minister's official residence in Tokyo on October 17, 2012, to protest an alleged rape of a local woman by two US servicemen in Okinawa.
Credit: YOSHIKAZU TSUNO
Share

One of the two American sailors accused of rape in Okinawa, Japan has confessed to the crime, ABC News said today.

She told police the sailors, both 23 years old, followed her home, attacked and robbed her outside her apartment building.

The incident drew an official protest from the Japanese government, BBC said.

More from GlobalPost: Japan tells US not to deploy Osprey aircraft

“They have strongly requested measures to increase discipline and prevent things like this from happening again,” Fujimura said.

“This should never have been allowed to happen,” Japanese Prime Minister Yoshihiko Noda said, according to BBC.

The US has about 26,000 troops on Japan’s southernmost island, and this isn’t the first report of rape there.

Three US service members raped a 12-year-old girl there in 1995.

The US is trying to build a new military base on Okinawa, a move some residents are protesting, the Post said.

Ambassador to Japan John V. Roos said America offers “full and complete and unequivocal cooperation to the Japanese authorities in their investigation of this matter.”

More from GlobalPost: Japan, US agree that Marines will leave Okinawa