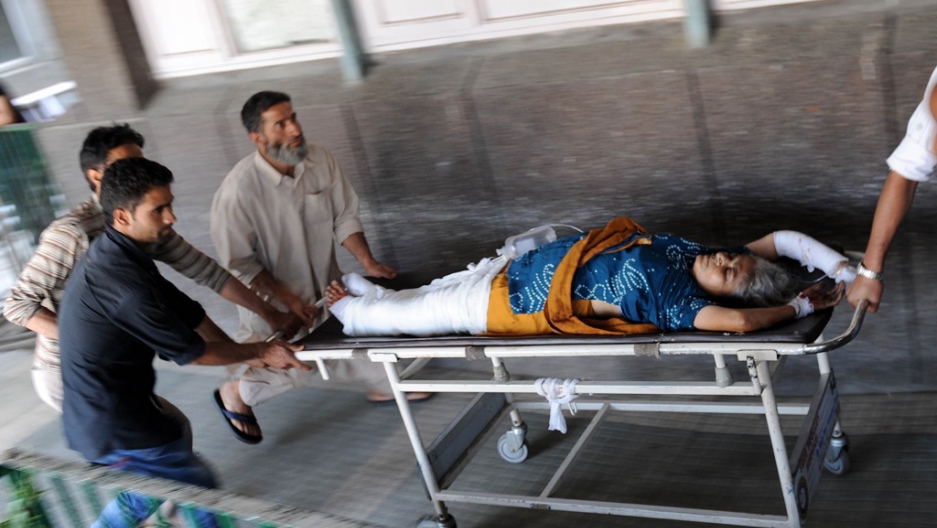 In a plea to the faculty and students of the prestigious All India Institute of Medical Sciences (AIIMS), Indian President Pranab Mukherjee drew attention to the healthcare emergency India faces -- as 80 percent of costs are paid out-of-pocket and healthcare debts plunge 40 million Indians into poverty every year.

“I am deeply concerned about the impoverishing impact of health and medical expenses on the vulnerable sections of our society," the president said, addressing the institute's 40th Annual Convocation of AIIMS.

As I wrote some years ago for Newsweek, AIIMS is a remarkable institution -- providing care free or virtually free to huge numbers of Indians from all walks of life.

In 2005, "the government-run hospital, with about 2,000 beds, treated 3.5 million people, achieving mortality and infection rates comparable to the best facilities in the developed world--for fees that come to about $1 a day for inpatients," that article reported. "AIIMS can do this because of government funding of about $100 million a year.... [and because] senior residents at AIIMS make about $400 a month."

The problem is that the institution is essentially unique in India, which has adopted a disastrous go-slow policy when it comes to increasing the budget for health care, regardless of the concern of Mr. Mukherjee (who was finance minister before he was nominated to the figurehead post of president).

And, as in many other facets of Indian life, India seems to be heading down a disastrous path -- banking on private industry to fill the gaps, though the ability of patients to pay is very limited, and hoping that a US-style health insurance system will ensure that everybody can get treatment.

As I reported for GlobalPost in 2009:

India has swiftly gained a global reputation for excellence in health care thanks to the thriving business of “medical tourism.” But the patients jetting in from the U.K., the U.S. and other wealthy nations to take advantage of relatively low costs for planned surgeries like knee and hip replacements and cosmetic procedures have drawn attention away from the disastrous conditions at most hospitals — not to mention the total dearth of health care for hundreds of millions of Indians.

And medical tourism has a dark side: it has encouraged wealthy and influential Indians to forget about the crumbling and overburdened government-run health system, because they now believe they have access to the world's best care from private hospitals.

As a result, the Indian government spends only 0.9 percent of its gross domestic product on health care, ranking 171st out of 175 countries in public health spending, according to the World Health Organization. It relies on the private sector, which contributes another 4.3 percent of GDP, to make up the shortfall. So even though state-run hospitals like the All India Institute of Medical Sciences (AIIMS) — a renowned center that treats about 3.5 million patients a year for less than a dollar apiece — do their best to care for everybody, the rich and poor alike often turn to private clinics.

Sadly, virtually nothing has changed since either of those articles. There is no new AIIMS under construction. And the healthcare budget has only marginally increased.