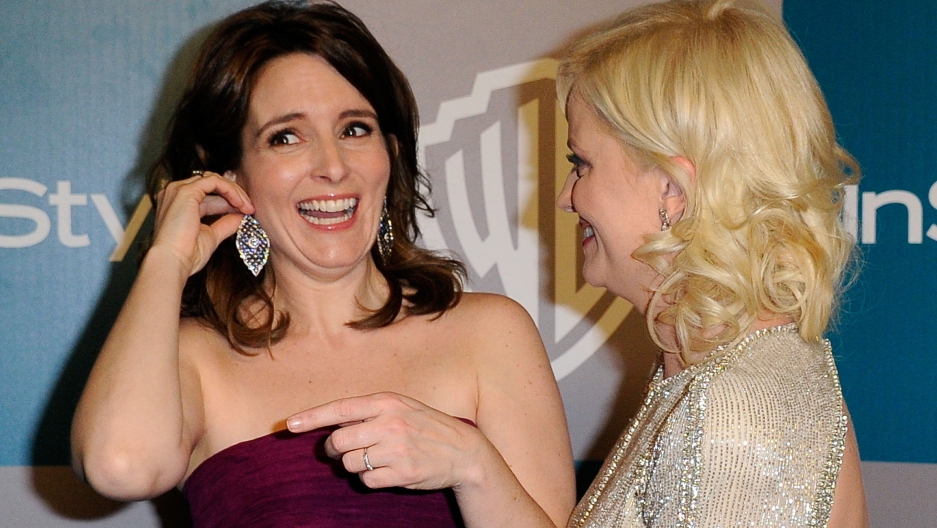 The pairing of the "30 Rock" and "Parks and Recreation" stars was announced Monday by NBC, the Hollywood Foreign Press Association and Dick Clark Productions, the Associated Press reported.

The pairing of Fey and Poehler — close friends who also appeared together in the films "Mean Girls" and "Baby Mama" — was roundly welcomed by the entertainment and celebrity media.

IMDB expected them to be "golden" while VH1 asked:

"Did your brain just explode from the awesomeness of that announcement?"

"Having both Tina Fey and Amy Poehler on board to host this year's festivities is a major coup. Tina and Amy have a proven chemistry and comedic timing from their many years together on 'SNL' to their successful co-starring roles in 'Baby Mama.' "

Gervais, criticized for insulting several celebrities while hosting the 2011 Golden Globes (including joking about Jodie Foster's sexuality), wrote on his official blog after the 2012 ceremony:

"Thank f**k that's over. I had a blast actually. It was by far my favorite of the three hosting stints. I've told my agent to never let me be persuaded to do it again though. It's like a parachute jump. You can only really enjoy it in retrospect when you realize you didn't die and it was quite an amazing thing to do."

The Golden Globes will air Jan. 13 next year.

They are usually handed out about a week before the Academy Award nominations are announced, however the Academy of Motion Picture Arts and Sciences has moved up the Oscar nominations announcement to Jan. 10, the BBC noted.

The 85th annual Academy Awards, to be hosted by "Family Guy" creator Seth McFarlane, is to be held Feb. 24.