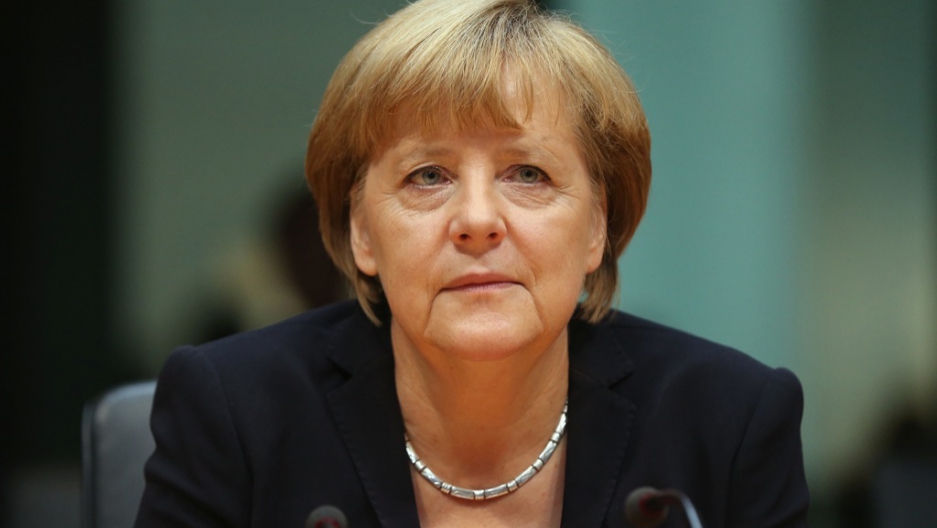 BERLIN, Germany — Chancellor Angela Merkel’s promise to her conservative coalition partner, the Christian Social Union, or CSU, to enact a childcare subsidy for keeping toddlers out of public daycare, will take more women out of Germany’s workforce. It is an antediluvian measure when the European Union is proposing quotas for women in the boardroom, and will not help Germany in its quest to boost its birthrate.

For two years in a row, Forbes Magazine has crowned Merkel the most powerful woman in the world. Rightly so: She has steered her country away from recessionary waves that have swept across much of Europe and the United States. Today, the fate of the EU rests in the hands of this former physicist who grew up behind the Iron Curtain. She is a role model for women who aspire to reach the pinnacle of international politics, but her own government is on course to set back women in Germany’s workforce. Such a development will ultimately hurt the economic powerhouse of Europe.

The proposed Betreuungsgeld, or childcare subsidy, will not solve Germany’s birthrate problem. Instead, it will simply compound the tenuous foothold mothers have in the workplace in a country that already has a gender pay gap of nearly 20 percent.

Germany’s GDP has remained relatively robust in comparison to anemic growth in other parts of Europe, but its total fertility rate is the opposite. At approximately 1.4 percent, Germany’s fertility rate is on par with Greece in falling below the norm where two children per female is the replacement rate for a population. The slogan "Made in Germany" doesn’t seem to apply for natural population increase.

Although the government has instituted many measures to incentivize couples to have children, including a generous parental allowance, women in Germany find it particularly challenging to combine work and family life. Limited public daycare, school bells ringing early in the day and societal pressures have led German women to think that having children and a career are mutually exclusive.

Against this backdrop, Chancellor Merkel’s youngest cabinet minister, Kristina Schröder, has introduced legislation, embraced by the governing coalition’s conservative partner, the CSU of Bavaria, that will reward families with a monthly subsidy when they keep their toddlers out of state daycare facilities. The Betreuungsgeld will keep more women at home, and provide cover for a government that has pledged daycare for every child from the age of one to three by August 2013. Local authorities are reporting that they will have to scramble to cover a current shortage of about 130,000 daycare spots. Instead of paying women to stay home, resources should go toward equipping daycare professionals and facilities so that more German women can return to the workplace when they desire.

Compared to other industrialized nations, Germany’s mothers tend not to return to work. According to a recent survey from the Federal Ministry of Family Affairs, fewer mothers with children,16 percent, work full time compared to those with no children, 46 percent.

One way Germany could boost its birthrate would be to remove barriers for women in the workplace. High birthrates and high female participation in the workforce are directly related. The childcare subsidy is not the path to bringing these two variables together.

Setting aside the opposition Social Democrats and their call for legal proceedings in the constitutional court against the child care subsidy, even many lawmakers in the governing coalition itself cannot see why the Chancellor is beholden to her conservative junior partner from Bavaria. Enough lawmakers from her own ranks didn’t feel the need to stay in Berlin on a Friday afternoon in June to vote on the measure, and now the liberal democrats in her coalition are threatening to torpedo the legislation.

As Germany and its European partners make difficult budgetary choices to restore confidence in the Eurozone, is it necessary to designate an outlay of approximately 1.5 billion Euros over the next two years that will only reinforce outdated gender roles in Germany? According to Organization for Economic Cooperation and Development, the Betreuungsgeld plan in Germany will only exacerbate already low female workforce participation, an indicator that has gone hand-in-hand with low fertility in Germany.

Throwing money at parents has not led to an uptick in the birthrate, so perhaps Chancellor Merkel should take note of the commendable female representation in her own cabinet and focus on getting a similar presence in the workplace to ensure future growth in Germany and in Europe.

Sudha David-Wilp is a senior program officer at the German Marshall Fund of the United States, working in its Berlin office. She previously oversaw the Congressional Study Group on Germany, a program for lawmakers on Capitol Hill and in the Bundestag.