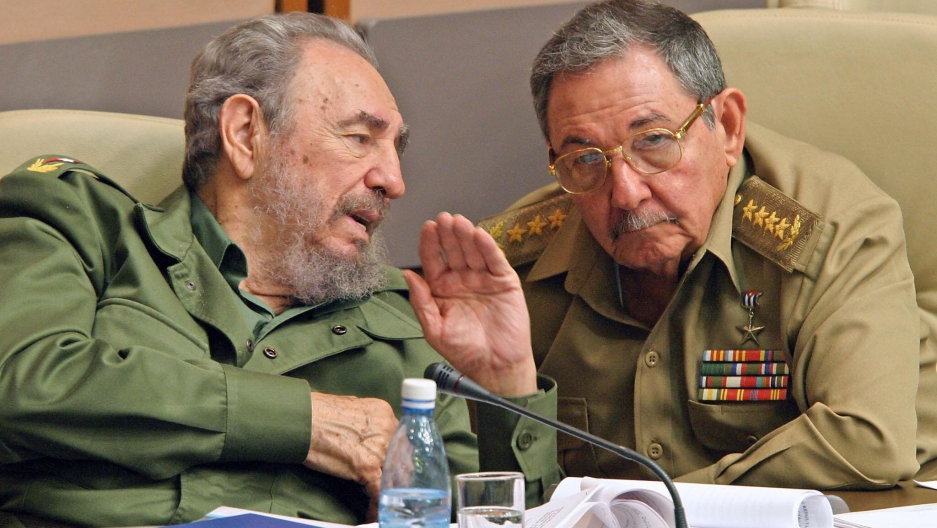 Former Cuban President Fidel Castro, left, and his brother Raúl, chat in Havana, during a meeting of the Cuban parliament in December, 2003.
Share

Cuban nationals will be allowed to leave the country without obtaining an exit permit for the first time since Fidel Castro came to power in the 1950s, as the nation's leadership realizes the economic potential of allowing its people to travel more freely.

The BBC reports that Cubans will now only need a passport and visa to travel overseas, although those who work in high-demand professions, such as doctors, may find it more difficult to leave due to the government's perceived need to protect "human capital."

Further, Cubans will be allowed to stay overseas for 24 months, instead of the usual 11.

GlobalPost's correspondent in Havana, Nick Miroff, says the move is one of President Raul Castro's most significant to date and will surely be one of the most popular.

The travel restrictions were deeply despised and often cited by young Cubans as one of their biggest frustrations. It's a move that brings Cuba's travel policies closer in line with the rest of the world, since now Cuban travelers will only need a passport and visa from their destination country.

UNHCR states that the former Cuban exit permit process was convoluted and uncertain, and political dissidents were extremely unlikely to be approved to leave.

To obtain an exit permit — known as a "tarjeta blanca" or white card — Cubans had to first get a visa from the nation they intended to visit, then pay the fee for the exit permit. However, sometimes the visa to the destination country would expire before the tarjeta blanca arrived.

Unsurprisingly, this system was extremely unpopular, and the BBC reports that the announcement of their abolition has proved very popular in Cuba.

The big question remaining is what the government means when it warns that new measures will be imposed to prevent the brain drain of doctors and other categories of professionals. It's also unclear whether dissidents like blogger Yoani Sanchez will be allowed to travel, given that she's been denied an exit permit more than 20 times.

All of that is still unclear. But this is huge news for Cubans nonetheless, and also paves the way for a more modern Cuban state that allows its citizens to come and go as they please, to keep their property on the island even if they work abroad, and to eliminate the biggest barriers to the reconciliation of divided families.

Somewhat ironically, the announcement came as the world quietly marked the 50th anniversary of the Cuban Missile Crisis, the 1962 nuclear stand-off between the US government of John F Kennedy and the freshly-minted Communist government of Fidel Castro.

Although the anniversary has been celebrated with some fanfare in the past, reports NPR, Fidel Castro's failing health means that the date will pass relatively quietly — and his brother will continue to slowly push through reform like the abolition of the hated "tarjetas blancas."