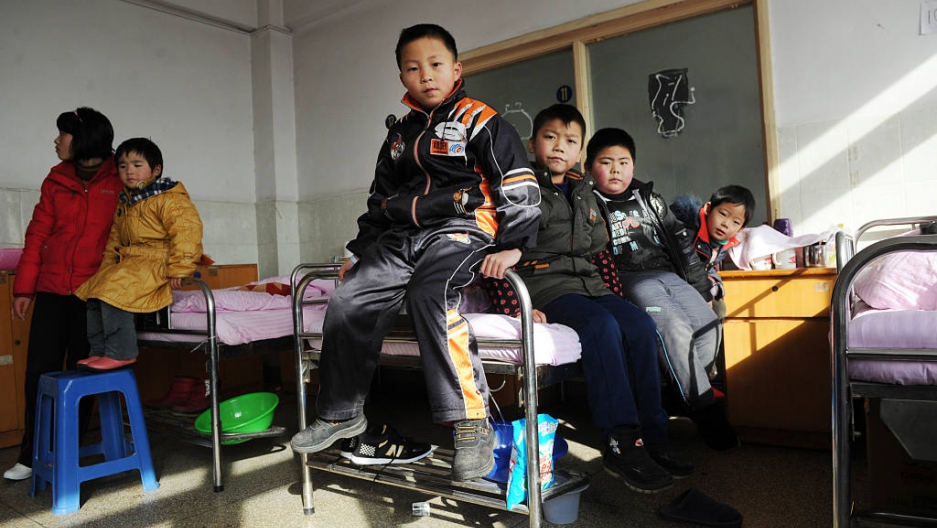 Chinese children waited for check ups at a hospital in Huaining, east China's Anhui province on January 8, 2011, after twenty-eight children were hospitalized for lead poisoning blamed on an unlicensed battery factory. On June 15, Human Rights Watch issued a report claiming that Chinese officials have been covering up the extent of the problem.
Credit: STR
Share

Is your child dressing like a pirate this Halloween? Be careful: Today Health reports that 1,400 Chinese-made pirate costumes have been seized for containing lead levels 11 times the permitted maximum.

The costumes were headed for Seattle, and the shipment was chosen for inspection as the importer had previously violated US laws.

The US Consumer Product Safety Commission tested the costumes and concluded they were dangerous, especially if a child placed any part of the costume in their mouths (as some kids are wont to do).

KCEN TV reports that two shipments of costumes were seized, and that the eye-patch component of the costume was "full of lead."

Lead poisoning can be extremely damaging to young children, and prolonged exposure can cause reduced IQ, slow growth, behavioral problems, and kidney damage, among other worrying symptoms.

Earlier this year, the federal government reduced the lead poisoning threshold in children. Children will now be carefully medically monitored if their blood contains 5 micrograms per deciliter of lead, down from 10 micrograms in previous recommendations.

Unfortunately, Chinese imports have in recent years become known for containing high levels of lead, melamine, and other harmful chemicals that are strictly regulated in the US and most other Western nations.