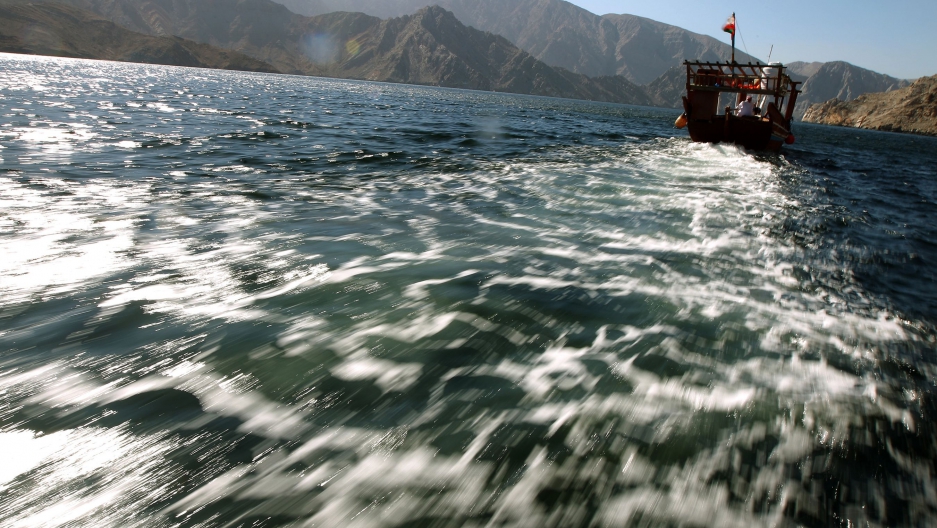 Iran insists its nuclear program is peaceful and was enraged by the EU’s decision in January to impose a boycott on its oil. It responded by threatening to close the Strait of Hormuz (pictured), the primary Gulf oil shipping lane.
Credit: MARWAN NAAMANI
Share

Iran is secretly planning to spill oil into the Strait of Hormuz as revenge for Western sanctions, according to Der Spiegel.

The German news weekly claims to have spoken to Western intelligence sources who say they have obtained Iran's classified report on the operation, which has the potential to create an environmental disaster.

Code-named "Murky Water," the plan allegedly involves steering an Iranian supertanker, capable of carrying hundreds of thousands of barrels of oil, onto a rock.

According to Der Spiegel:

"The goal of the plan seems to be that of contaminating the strait so as to temporarily close the important shipping route for international oil tankers, thereby 'punishing' the Arab countries that are hostile to Iran and forcing the West to join Iran in a large-scale clean-up operation – one that might require the temporary suspension of sanctions against Tehran."

More from GlobalPost: Is an oil price spike on the way?

The proposal was drawn up by the heads of the Revolutionary Guards and the Iranian Navy, but it is up to Supreme Leader Ayatollah Ali Khamenei whether to implement it, the magazine says.

Iran has previously threatened to close off the Strait of Hormuz, through which almost a fifth of the world's sea-traded oil travels.

That prompted the US to boost its military presence in the Persian Gulf, sending helicopters, underwater drones and mine-sweeping ships to deter Iran from trying the tactic.

The EU has already imposed an embargo on Iran's oil exports, which has helped push the rial to its lowest level ever against the US dollar.

Der Spiegel speculates that Operation Murky Water — if it indeed exists — is an indication of Tehran's increasing desperation in the face of biting economic isolation.