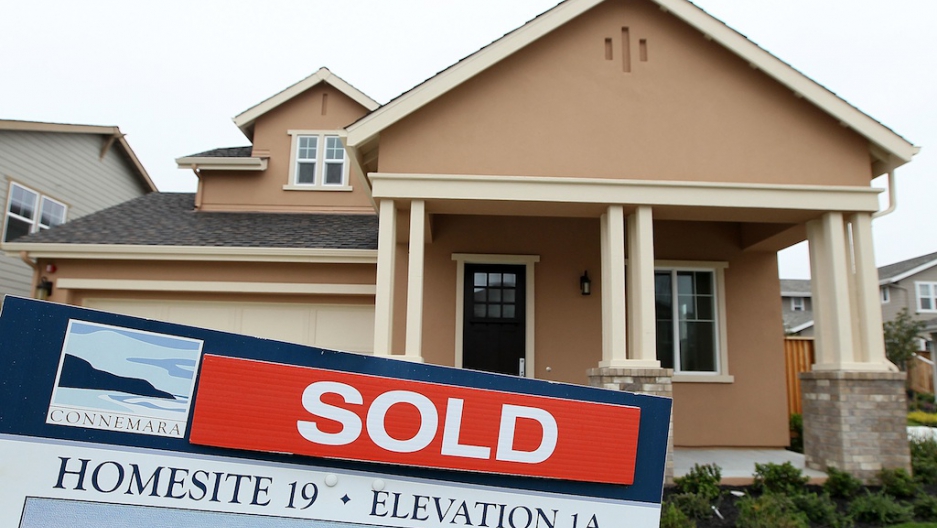 Foreclosure sales are so popular in some states, that there aren't enough foreclosures to sell, the National Association of Realtors said.
Credit: Justin Sullivan
Share

Heidi Peterson's Detroit home was no longer her own after being away a year. Literally. The locks had been changed, the curtains replaced, and her stuff shoved out of sight by a woman named Missionary-Tracey Elaine Blair, according to MyFoxDetroit.

The move appears to have been part of a bigger dream: Blair reportedly submitted her write-in candidacy for US president while making herself right at home in Peterson's absence.

Peterson said the woman had replaced mantle items with her own personal photos, for example, and generally acted as if the place were her own. Blair, a former tenant, claims to have a lease and denies squatting, said MyFox.

Now, due to legal complications, Peterson and her one-year-old daughter are compelled to share the roof with their unexpected guest, reported Yahoo! News.

In fact, Blair appears to see her presence in Peterson's home as part of an important social project.

Guess she thought Peterson's was pretty affordable, being, you know, free.

"She thinks that this is a program in Detroit to take people's homes and fix them up and then she gets to keep them," Peterson explained to MyFox.

Peterson can't kick Blair out until she is able to prove to a court that she is indeed the legal owner of the home, a time-consuming process that for now leaves her stuck with Blair, lacking the funds to temporarily stay elsewhere, according to MyFox.

Blair was evicted from the historic $23,000 home last February. She says she was forced to leave last year due to a boiler issue and claims the furniture still in the home is her own. Oddly, she has since replaced a number of appliances, according to Peterson -- presumably at her own expense.

Peterson reportedly leased the house out two years ago but kicked everyone out when she found it in unsuitable living condition, said MyFox.

Other instances of squatting have been reported in Detroit, where many homes were abandoned following the 2008 mortgage crisis.