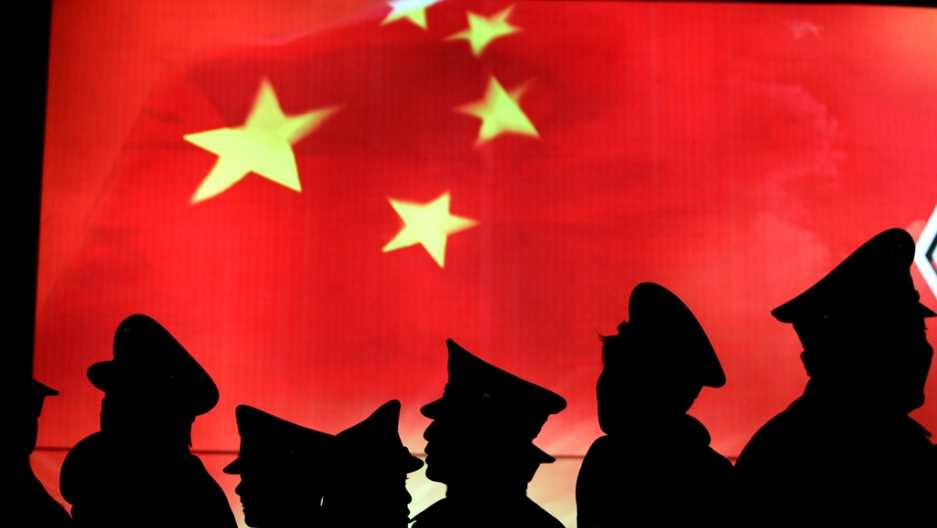 HONG KONG — As China has become a major theme in the electoral battle between Barack Obama and Mitt Romney, so has “China bashing.” In fact, just about anything either of them says about China now is bound to be construed in the media as “bashing.”

“China-bashing in the campaign could backfire,” warn the editors of Bloomberg View.

But is that fair? As Clyde Prestowitz of Foreign Policy argues in a recent column, “It’s not ‘China-bashing’ if it’s true.” So in order to see whether there are valid points buried in all the rhetoric, GlobalPost has examined the main statements made by the candidates in hopes of distinguishing the legitimate criticisms of China — if there are any — from the plain old, red-meat, nationalist "bashing."

What we found is that “China bashing” might have something in common with Michael Kinsley’s famous definition of a gaffe — it sometimes reveals an inconvenient truth.

More from GlobalPost: What if the world could vote?

Romney: China is a “currency manipulator” and should be labeled as such.

Romney has stated repeatedly that China should be called out for keeping the renminbi artificially low in order to boost exports, keep imports expensive, and hurt American manufacturers. On "Day One” of his presidency, Romney has promised that he would officially designate China a currency manipulator, likely resulting in tariffs on Chinese-made goods.

Does he have a point? In the big picture, yes. There is no question that Beijing has kept the renminbi deliberately undervalued over the years, and that this has had a huge impact on the US. The Economic Policy Institute has estimated that between 2001 and 2010, China’s currency policy cost America 2.8 million lost or displaced jobs. And C. Fred Bergston of the Peterson Institute, which publishes trusted reports on global currencies, has estimated that if the renminbi were allowed to rise on the free market, it would lead to the creation of between 600,000 and 1.2 million American jobs.

That said, currency manipulation is not the biggest China challenge, and it has become much less of a problem lately. In its most recent report, the Peterson Institute says that the renminbi is now undervalued by just 7.7 percent, as opposed to nearly 30 percent last year.

And, just as importantly, there are serious reasons to doubt that calling out China on “Day One” out would do anything but start a mutually damaging trade fight.

Verdict: Not just China bashing — though the valid point is buried in a lot of bluster.

Obama: This administration “protected American workers” by slapping a tariff on China when “a flood of Chinese tires” entered the market.

The president has repeatedly touted his decision to impose a tariff on Chinese tires in 2009 as having saved 1,000 jobs. “It was President Obama who stood up to China and protected American workers," says one recent ad. "Mitt Romney attacked Obama's decision. … How can Mitt Romney take on the cheaters when he’s taking their side?"

The backstory, as outlined by the fact-checking site PolitiFact, is that in 2009 a US International Trade Panel found that so many tires were coming in from China that it was having a “market disrupti[ng]” effect. It recommended tariffs, and Obama eventually agreed, signing off on a three-year tariff that will expire this year.

The Peterson Institute found that the decision did, in fact, save over 1,000 American jobs. But, at the same time, it found that “the additional money that US consumers spent on tires reduced their spending on other retail goods, indirectly lowering employment in the retail industry.” And China, in turn, slapped duties on US chicken parts, costing related American businesses $1 billion.

In other words, an arguably net-zero benefit.

Verdict: Too measured to be China bashing, yet not entirely true.

Romney: China is “cheating” by “stealing American ideas and technology.”

Putting aside the question of what exactly an “American idea” is (the Three-Fifths Compromise? the Electoral College?), Romney’s ad says China has stolen American technology on “everything from computers to fighter jets.” Not only that, the ad says, but Obama passed up seven opportunities to “take action” and “stand up to China.”

Beneath the fear-mongering tone, there is a grain of truth. Chinese hackers have breached many US government systems, including the Pentagon’s $300 billion fighter jet program and the White House. Industrial espionage is rampant, to the point that America’s top cyberwar officer has called the scale of intellectual theft the “greatest transfer of wealth in history.”

A Pentagon report recently went further to conclude that “Chinese actors are the world’s most active and persistent perpetrators of economic espionage.”

And in a survey of American companies doing business in China by the US-China Business Council, 95 percent said they were very or somewhat concerned about intellectual-property rights enforcement in the country.

But the ad is also deeply misleading. In fact, the “seven times” alluded to have nothing to do with intellectual theft: they refer to the number of times that Obama could have declared China a currency manipulator. And as Beijing already agreed in a 2010 accord to crack down on piracy and counterfeiting, and the Obama administration has continued to bring up hacking and intellectual theft, it’s unclear how Romney intends to do any more.

Verdict: China-bashing, with a grain of truth.

Obama: China’s trade subsidies are “not right, it’s against the rules and we will not let it stand”

The above quote is from a recent Obama stump speech in which he rolled out a new complaint against China at the World Trade Organization. Months in the making, the filing argues that China funneled $1 billion in subsidies to its carmakers to ramp up exports.

Coming on the back of the president’s decision to bar a Chinese-owned company from building a wind-farm next to a US naval base, many pundits connected the dots to see this as Obama “competing” with Romney “over which one will be tougher on the Asian giant.”

That seems to miss the forest for the trees. Since the economic crisis in 2008, it has become more and more apparent that China’s mercantilist approach to global trade — favoring its “national champions” with wide-ranging subsidies, forcing foreign companies to share technology with their Chinese rivals, exploiting the WTO’s slow-moving processes to flout the rules — needs to be addressed more forcefully.

“China’s unique brand of authoritarian capitalism … has created a mismatched interface between China and the established global systems for governing trade and investment,” writes James McGregor, a 20-year veteran of Chinese business and journalism, in his new book “No Ancient Wisdom, No Followers.”

Neither the WTO nor the array of bilateral dialogues and dispute resolution bodies has dealt with anything like this before. China’s challenge threatens to push the existing systems to a breaking point. But China is also the biggest beneficiary of current configurations.

Obama and Romney, while obviously engaging in political posturing, both seem to recognize this challenge at some level. To call their sparring mere “China bashing” misses this.

At the same time, all their tough talk on China carries huge risks, and could easily backfire if it escalates. Focusing so heavily on the negative in America’s massively important, complex relationship with China is not only a distortion, but a danger. Ultimately, whoever enters the White House in 2013 may have to clean up a mess of their own making with Beijing.