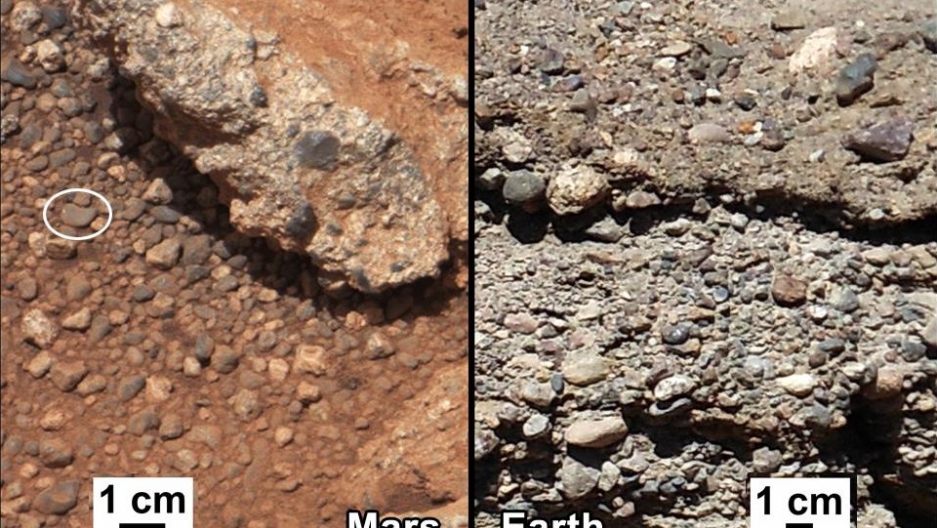 It may look like just another pyramid-shaped moon rock, but a new specimen found by the Curiosity Mars Rover may provide scientists with exciting new clues into how igneous rocks are formed here on earth.

The 16-inch-tall rock was named Jake Matijevic after a deceased member of the Curiosity team, says CBS—and its discovery was something of a fortuitous event.

Researchers began analyzing the specimen primarily to test out the Mars Rover's equipment, and found to their surprise that they'd stumbled upon something interesting.

After samples from the rock were analyzed with a laser and an X-ray spectrometer by the Curiosity Rover, says the BBC, they were analyzed by scientists, who realized the rock matched up most closely with igneous specimens found right here on Earth.

What's an igneous rock? In simplest terms, they're rocks formed by extreme heat or fire: either from cooled underground magma, or shot out of a volcano when it erupts.

"[The rock is] widespread on Earth, on oceanic islands such as Hawaii, and St Helena, and the Azores; and also in rift zones like the Rio Grande and so forth. So, again, it's not common, but it's very well known," a CalTech mission investigator told the BBC.

I did a science! 1st contact science on rock target Jake. Here's an action shot twitter.com/MarsCuriosity/…