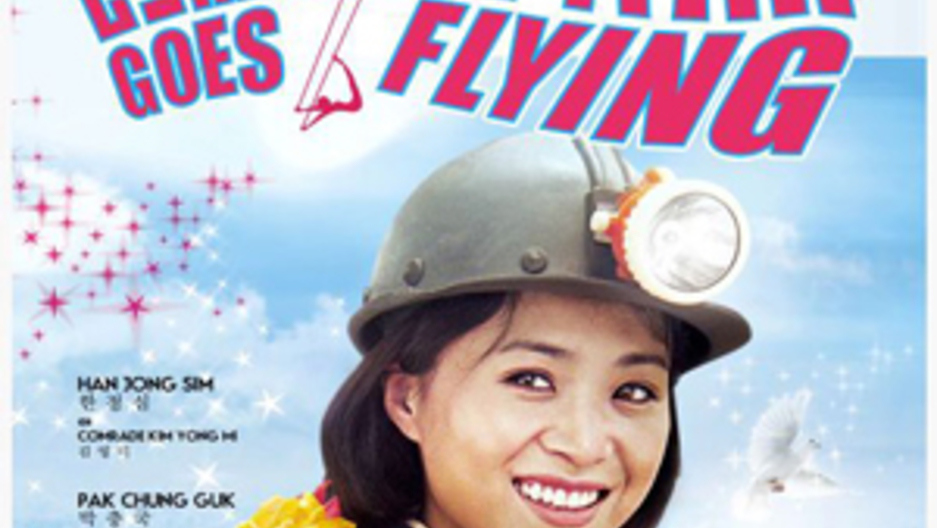 Share
South Koreans don't often watch movies from North Korea. In fact, they aren't really allowed to. South Korea's National Security Law bans any material deemed to be pro-Pyongyang. But this week, at the Busan International Film Festival, audiences got the chance to check out the North Korean flick "Comrade Kim Goes Flying." It's a romantic comedy. The last time a North Korean film was shown at the Busan festival was 2003, but that time, only foreign visitors were allowed to enter the theater. There's was a packed house for "Comrade Kim Goes Flying" in Busan. The movie tells the story of a young North Korean coal miner who dreams of becoming an acrobat. Through sheer determination and support from her working class community, Kim lands a spot in a circus trapeze troupe. Of course, she wins the heart of her handsome teammate as well. The organizers of the film festival got permission from the Korean government to screen the movie. Lee Sang-yong, director of Busan's World Programming, says only government officials worry about pro-North Korean politics. "The film does have some political content," Lee said, noting that there's a scene where Comrade Kim gets words of encouragement attributed to the late Kim Jong Il. "But South Korean people are not naÃ¯ve. We know what the reality is in North Korea. We can tell what is propaganda." It wasn't only North Koreans behind the film's creation. Belgian screenwriter Anja Daelemans and British producer Nicholas Bonner oversaw much of Comrade Kim's production. Bonner, who has made three documentaries in North Korea, says scripting a romantic comedy came pretty naturally for the North Koreans writers, and the humor is all theirs. "For example, the doorman who is refusing to let someone in who is trying to bribe his way in with a bread ticket. They wrote that, we didn't write that," Bonner said. "Then there are these little nuances, the way the couples act. Instead of having kissing in North Korea, we have hand holding. It's that wonderful passion that they show. The audience picks up on that." Bonner says people in South Korea got the jokes, too. At the screening, the audience laughed at the mostly slapstick humor, and they gave the movie a big round of applause. After the movie let out, I asked some in the theater what they thought of Comrade Kim. Kim Hyung-ryu, 22, said it was a nice change from the kinds of movies he usually sees. "South Korean movies have a lot of complicated relationships between male and female characters. But this North Korean film showed very simple, pure love." Another view, 57-year-old Gu Eun-sun, said she came a long way to Busan just to see Comrade Kim. "It reminded me of South Korean comedies from the 1960s," she said, adding that she's she had the chance to see this movie. The North Korean cast and crew got to see the film at the Pyongyang International Film festival last month. They were invited to Busan too. But for whatever reason, they weren't able to make it.