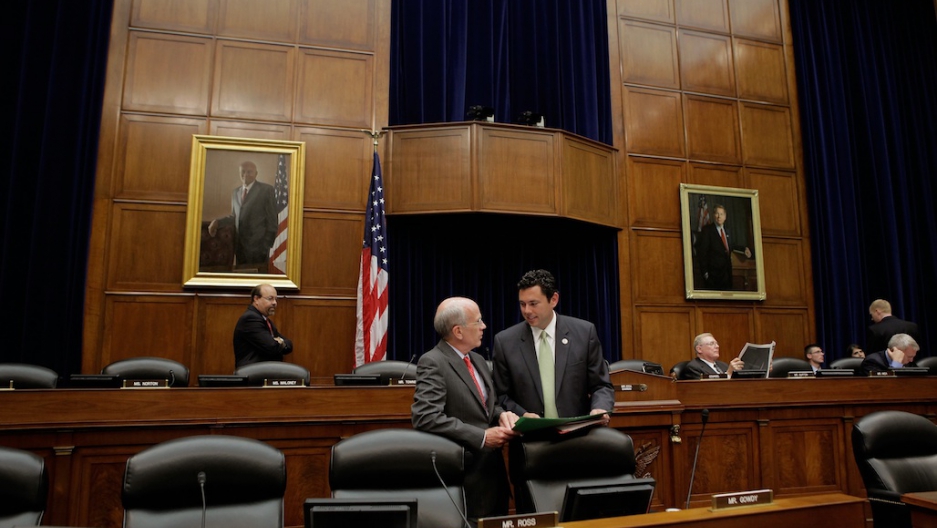 Chaffetz, the chairman of the House Oversight subcommittee on National Security, Homeland Defense and Foreign Operations, accused the White House of lying about details of the Sept. 11 attack on the US consulate in Benghazi, according to The Hill blog.

Chaffetz is leading an investigation into the Libya attack and security preparedness along with fellow Republican, Rep. Darrell Issa.

While speaking to CNN, Chaffetz was asked if he had "voted to cut the funding for embassy security."

"Absolutely," he replied. "Look we have to make priorities and choices in this country. We have…15,000 contractors in Iraq. We have more than 6,000 contractors, a private army there, for President Obama, in Baghdad. And we’re talking about can we get two dozen or so people into Libya to help protect our forces. When you’re in tough economic times, you have to make difficult choices. You have to prioritize things."

The House Committee on Oversight and Government Reform has been holding hearings over the attack in Libya, with security officials testifying about the preparedness of the security teams.

The Daily Beast noted that a memo prepared for House Democrats by the committee did not dispute the claims of a fragile security situation, but also pointed out the funding cuts for diplomatic security and embassy construction.

"Since gaining the majority in 2011, House Republicans have voted to reduce embassy security funding by approximately half a billion dollars below the amounts requested by the Obama administration," read the memo.

Chaffetz was the only House member to go on a fact-finding mission to Libya, said the Daily Beast.

Democrats said they were not given enough advance warning about the trip, and as a result no Democratic House members were able to go with Chaffetz.

Watch Chaffetz responding to the question about cutting funding, via CNN: