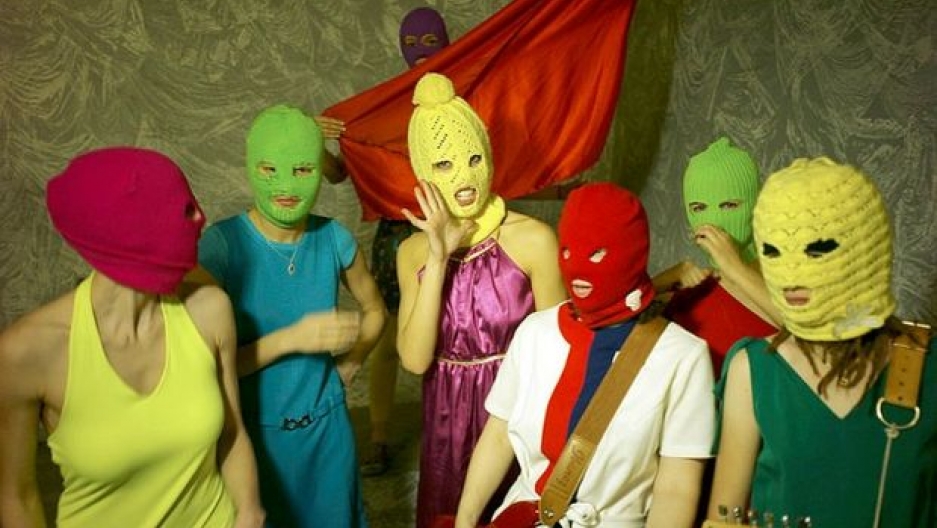 Three members from the band Pussy Riot had been sentenced to prison after a protest at a Moscow Cathedral, but the sentence of one fo them was suspended. (Photo by Igor Mukhin via Wikimedia Commons.)

One of the three members of the Russian bandy Pussy Riot will be freed, after an appeals court ruled that she was wrongfully convicted.

The other two women, however, will be sent to a Russian prison colony to serve their two year sentences for hooliganism.

The Russian court ruled that Yekaterina Samutsevich, 30, should have her sentence suspended because she wasn't able to get her guitar our and participate in the protest.

"The judges on Wednesday accepted the argument of Samutsevich's lawyer — that Samutsevich had been thrown out of the cathedral by guards before she could remove her guitar from its case for the band's 'punk prayer,'" the BBC reported.

According to various media reports, the trio remained defiant in their hearing, insisting that their protest wasn't against the Russian Orthodox religion, but rather was a protest against the church's leadership endorsement of and participation with President Vladimir Putin.

Maria Alekhina and Nadezhda Tolokonnikova, the other two defendants in the case, vowed to continue speaking out against the government.

"We will not be silent. And even if we are in Mordovia or Siberia (where prisoners in Russia are often sent to serve out their terms) we won't be silent," Alekhina said, according to The New York Times.

Defense lawyer Mark Feigin praised the verdict, but said he thought all three women should have been released. He said the appeals would continue.

The sentence has sparked division among Russian officials and the Russian people. Church leaders have said the women needed to be punished, but if they repented that should be factored into their sentencing. Prime Minister Dmitry Medvedev said he thought the punishment was too hard, and a suspended sentence would suffice, while Russian President Vladimir Putin said he thought the punishment fit the crime.

Among the Russian people, the majority supported the punishment, with a full 43 percent saying it was too lenient, the BBC reported.

In the west, the Pussy Riot sentences have sparked a great deal of protest and consternation.