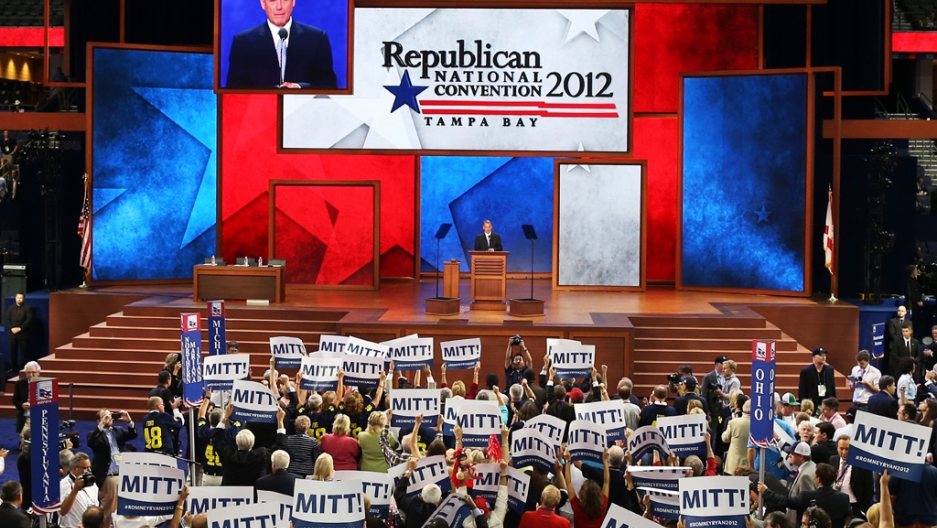 Mitt Romney may or may not introduce anti-abortion legislation, depending on if you are an undecided pro-life voter or an undecided pro-choice voter. In an interview on Tuesday with The Des Moines Register, Romney said that he will not introduce any abortion laws. “There’s no legislation with regards to abortion that I’m familiar with that would become part of my agenda,” the GOP presidential candidate told the Register. But just hours later, his spokesperson was contradicting him.

If he truly plans to not introduce abortion laws, that would be a major change for Romney. His official campaign website still suggests that he would, in fact, try to make abortion illegal, at least at the national level; "He believes that the right next step is for the Supreme Court to overturn Roe v. Wade...With Roe overturned, states will be empowered through the democratic process to determine their own abortion laws and not have them dictated by judicial mandate."

He also said on "Meet the Press" last month that he wants to appoint justices who are pro-life: "I hope to appoint justices for the Supreme Court that will follow the law and the constitution. And it would be my preference that they reverse Roe V. Wade."

Maybe Romney will just refrain from making anti-abortion laws on a technicality, because he's hoping his new Supreme Court justices will take care of that for him? After Romney's interview with the Register, the National Review Online emailed his campaign in an attempt to clarify his position. But that just brought more confusion.