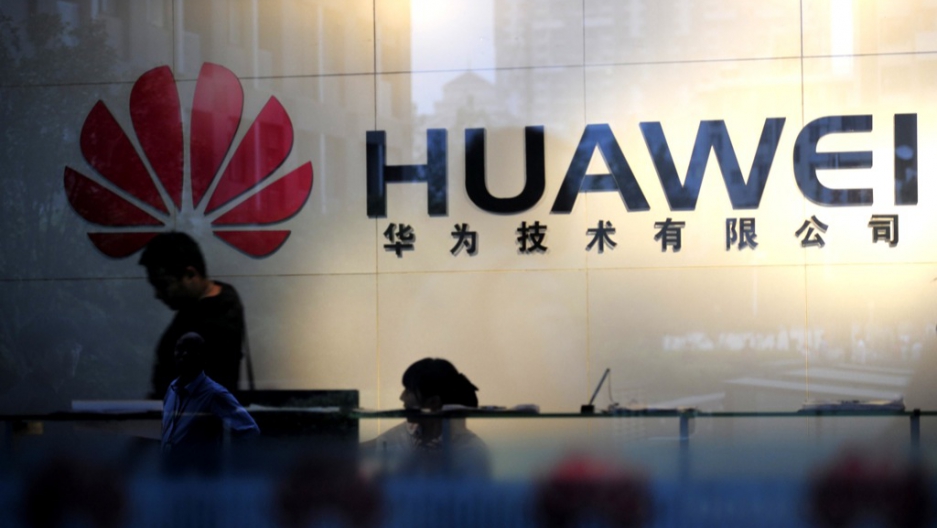 Staff and visitors walk pass the lobby at the Huawei office in Wuhan, central China's Hubei province on October 8, 2012. Beijing on October 8 urged Washington to 'set aside prejudices' after a draft Congressional report said Chinese telecom firms Huawei and ZTE were security threats that should be banned from business in the US.
Credit: STR
Share

HONG KONG — Who’s afraid of Huawei? The US Congress, for one.

After nearly a year of investigations, the House Permanent Select Committee on Intelligence concluded that the Chinese telecommunications giant and its smaller rival, ZTE, “cannot be trusted” to be free of Beijing’s influence, and thus pose “a security threat” to the US.

The report does not provide any firm evidence of wrongdoing, but instead claims that Huawei "failed to provide evidence that would satisfy any fair and full investigation."

Almost immediately, Huawei blasted the report, saying it did not “provide clear information or evidence” of mischief, and cited the fact that the company had allowed the US representatives to interview executives and tour its R&D facility in Shenzhen.

“Despite our best effort, the Committee appears to have been committed to a predetermined outcome,” the company replied. “Huawei is no different from any start-up enterprises in Silicon Valley.”

Other critics claim the report was motivated by anti-China bias, or a desire for further grandstanding before the November election.

So who’s right, and what’s at stake? To answer that question, GlobalPost dug into the Committee’s report to do some fact-checking on the claims.

The verdict? There’s merit to some US suspicions, and moreover, it’s nearly impossible for the companies to assuage them because of the Party-dominated nature of China's economy.

Over the last decade, Huawei has exploded onto the global scene, underpricing the competition in Africa and other emerging markets before attempting to move into the developed world.

Now the world’s second largest maker of network infrastructure after Ericsson, Huawei makes everything from phones and consumer devices to routers and switches.

While it has won bids in the UK, Huawei has been battling to get into the US market for years, to no avail. This difficulty was mainly due to suspicions that the company, which was founded by a reclusive ex-People’s Liberation Army engineer, had substantial ties with China’s military and Communist government. Many feared that Huawei’s equipment could be used to spy and eavesdrop whenever Beijing asked for it.

So to clear up these suspicions, in 2011, Huawei’s then vice-chairman, Ken Hu, wrote an open letter calling on Congress to investigate the company to settle its concerns once and for all.

This report is Congress’ answer.

So what’s the problem with Huawei, according to the US Intelligence Committee?

The problem, in a nutshell, is that the Huawei could not, or would not prove that the company is truly free from influence by the Communist Party and the People’s Liberation Army.

The report extensively detailed Huawei’s failures to deliver requested information: its exact relationship with the government; the membership of the Communist Party office stationed in Huawei’s headquarters in Shenzhen; a list of its largest shareholders. They also blasted a Huawei executive who, in testimony before Congress, claimed not to know the term “national champion,” or that Chinese laws force them to comply with government requests to use their equipment.

All that might sound like flimsy proof, and to many critics it does. But that’s partly the point: because Huawei repeatedly dodged, stonewalled, and ignored questions, the US could not conclude they posed no danger.

"The Congressional investigation was doomed from the start," writes Stan Abrams, a Beijing-based lawyer and professor. "Huawei and ZTE are not American companies, and they are bound by certain realities, some of which make it impossible for them to fully comply with the Committee’s demands for information."

Is there really a threat?

Maybe. But most of the concern is unsubstantiated, at least publicly. Unavailable to journalists was a classified appendix that investigators say provides “significantly more” proof of its wariness toward Huawei and ZTE. (In a press conference, officials hinted it might have to do with “beaconing,” which is when routers send large data packets back to China.)

More fundamentally, the conflict has to do with the nature of China’s fundamentally Communist Party-dominated economy, and the level of distrust now between Beijing and the US. As James McGregor, author of the just-released book, "No Ancient Wisdom, No Followers: The Challenges of Chinese Authoritarian Capitalism," writes, all major Chinese corporations, even ostensibly private ones like Huawei and ZTE, have to accept give-and-take relationships with the Communist Party.

While Huawei is one of the few Fortune Global 500 companies from China that is not wholly state-owned, it, too, has “received significant government assistance,” McGregor writes. And Huawei is particularly sensitive to government control because it belongs to one of seven industries that China has deemed “strategically important.” In fact, as noted in the report, Huawei has a Communist Party office installed in its headquarters in Shenzhen.

Another aspect of hostility toward Huawei is that part of its astronomic rise is due to apparent theft of trade secrets — which would theoretically worsen if the company provided the digital backbone to more American companies. Jim Lewis, a longtime watcher of the company for the State and Commerce Departments, told "60 Minutes" that the two reasons Huawei had grown so fast were “steady, extensive support from the Chinese government” and “industrial espionage.”

In the early 2000s, Huawei settled a lawsuit with Cisco after it was accused of ripping off their devices, right down to the typos in the instruction manuals. Motorola, too, sued them for allegedly hiring former employees to steal technology. And Nortel Networks, an ailing Canadian former competitor, recently discovered that it had been hacked for years by criminals allegedly working for Huawei.

Finally, there’s the apocalyptic worry that Huawei could build “backdoors” into its systems that are nearly impossible to detect, that would allow covert eavesdropping, or even allow it to shut down key networks in the event of war. In that vein, the report argues there are much closer business links with the Chinese military than admitted by Huawei:

“The Committee also received internal Huawei documentation from former Huawei employees showing that Huawei provides special network services to an entity the employee believes to be an elite cyberwarfare unit within the PLA [People’s Liberation Army],” it says.

Other former employees claimed that fraud and bribery were used to win contracts in the US, and that it was “very difficult if not impossible” for any non-Chinese employees to be promoted in the company.

Still, some of the complaints raised against Huawei sound fairly picayune: the report gravely notes that ex-employees said Huawei used pirated software on its US machines.

Is the US being hypocritical?

Yes. As several analysts have pointed out, the US knows better than anyone how vulnerable telecom systems are to espionage and electronic warfare—because the US itself has used them for that purpose in the Stuxnet attack on Iran.

So what happens now? Is it bad for business and trade?

Probably. China’s state-run publications are already threatening retaliation. Global Times, China’s reliably hot-headed nationalist tabloid, wrote that “We have to show through concrete actions that any unfair treatment to Chinese companies will be met by similar losses to American interests.”

Most analysts believe it would come down hardest on Cisco, America’s biggest competitor with Huawei. If push came to shove, it looks like Cisco would have more to lose: Sixteen percent of its business comes from China, compared to Huawei’s 4 percent of revenue from the US, according to Bloomberg.

Bill Bishop, an investor and blogger in Beijing, echoes that view, predicting that “whatever business Cisco has left in China is at risk, enterprise software vendors that sell to the Chinese government may come under pressure, and the alleged immigration issues cited in the US report will likely appear at US firms in China as well. … American businesses in China need to buckle up.”