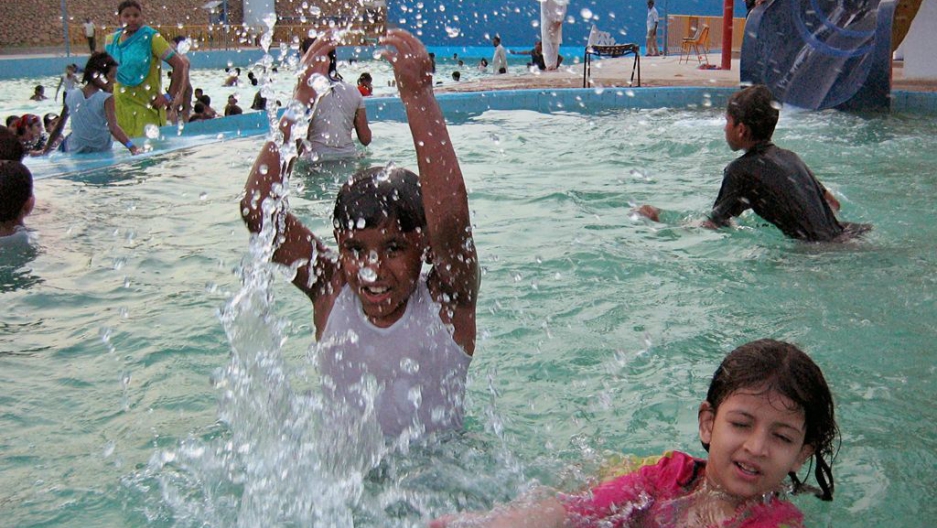 Most cases of infection are caused by swimming in contaminated water, which can allow the brain-eating amoeba to enter the nostrils. Here, children play in a swimming pool in Karachi in June 2006.
Credit: Rizwan TABASSUM
Share

Naegleria fowleri, an amoeba that eats brain tissue, has killed at least 10 people in Pakistan in recent months, according to the World Health Organization.

All of the deaths occurred in Karachi, Pakistan's largest city, between March and September, the head of the WHO's Disease Early Warning System in Pakistan, Musa Khan, told the Associated Press.

So far no cases have been reported anywhere else in the country, Khan said – though as Reuters pointed out, some cases may have gone unreported by people unfamiliar with the infection, which has symptoms similar to meningitis.

The amoeba, or single-celled organism, is found around the world in warm, unclean, non-salty water, according to the US Centers for Disease Control and Prevention.

It is not usually dangerous unless contaminated water gets up the nose – in which case, it travels up the olfactory nerve and into the brain, where it causes a severe and almost always fatal infection.

The first symptoms are headaches, fever and vomiting, which can rapidly progress to seizures and coma, according to a Stanford University factsheet. The vast majority of sufferers are dead within a week of contracting the infection.

Most cases result from swimming in contaminated water, but most of the victims in Karachi said they hadn't swum – which makes health officials fear that the amoeba may be present in tap water, The News of Pakistan reported.

The regional government has ordered that extra chlorine be added to the city's water supply, and is advising residents to disinfect their water tanks and to boil or chlorinate water before using it near their nostrils.

Naegleria fowleri cannot be transmitted person-to-person or by drinking contaminated water, according to the CDCP.

More from GlobalPost: Fungal meningitis outbreak in US could affect thousands