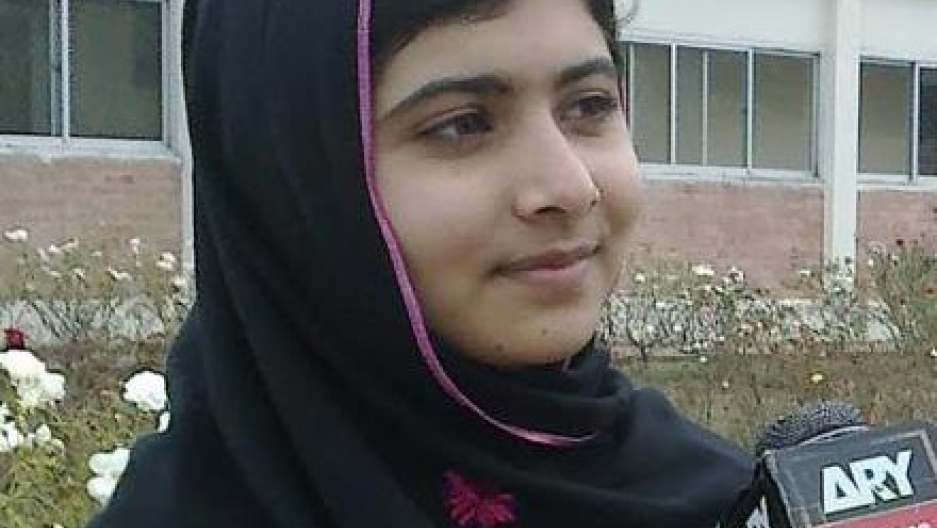 The 14-year-old girl shot and wounded Tuesday in Pakistan is already known to the world for her courage and activism, and it was that visibility that cost her so dearly.

Malala Yousufzai, like her father, has been a vocal advocate of girls' rights to education, something that had earned both of them a dangerous reputation among the repressive Taliban presence in the Swat Valley region where they live, according to The New York Times.

Malala was shot in the head Tuesday while leaving school on a bus, in an attack for which the Taliban claimed responsibility. Surgeons in Peshawar removed the bullet on Wednesday, and Malala was reported to be in critical condition Thursday, when she was transferred to a better-equipped hospital in Rawalpindi. One of her doctors said she had suffered brain damage.

The Taliban had warned on Tuesday that they would target Malala again if she survived.

"This was a new chapter of obscenity, and we have to finish this chapter," Taliban spokesman Ahsanullah Ahsan told the Associated Press Tuesday, in taking responsibility for the attack.

Swat has become "Taliban territory" since 2007, according to The New York Times.

A short 2009 documentary by The New York Times profiled Malala, then 11, who broke down in tears after sharing her dream of becoming a doctor with the interviewer.

At that time, more than 200 schools for girls had been blown up by the Taliban, according to the filmmakers.

"After January 15th, girls must not go to school," a Taliban radio broadcast declared in the Times video.

The Times journalists followed Malala's family in the days leading up to the January deadline. Her father used to run a private school for girls, which she had attended, and he was also on the Taliban's "radar," according to the Times. He was forced to close his school that January because of the threats.

Also in 2009, Malala began blogging for the BBC with her "Diary of a Pakistani schoolgirl," written under the pseudonym Gul Makai. She detailed what life was like under the Taliban, and was vocal about her support of female education.

She received a national peace award from the Pakistani government in 2011 — the first of its kind — and was nominated for the 2011 International Children's Peace Prize, according to AFP.

The 14-year-old describes herself as a "politician" on her Facebook page, which had more than 3,400 fans on Tuesday morning — a number that had jumped above 6,000 by the afternoon.

The BBC reported popular "outcry" in Pakistan over the shooting, which was condemned by political leaders.