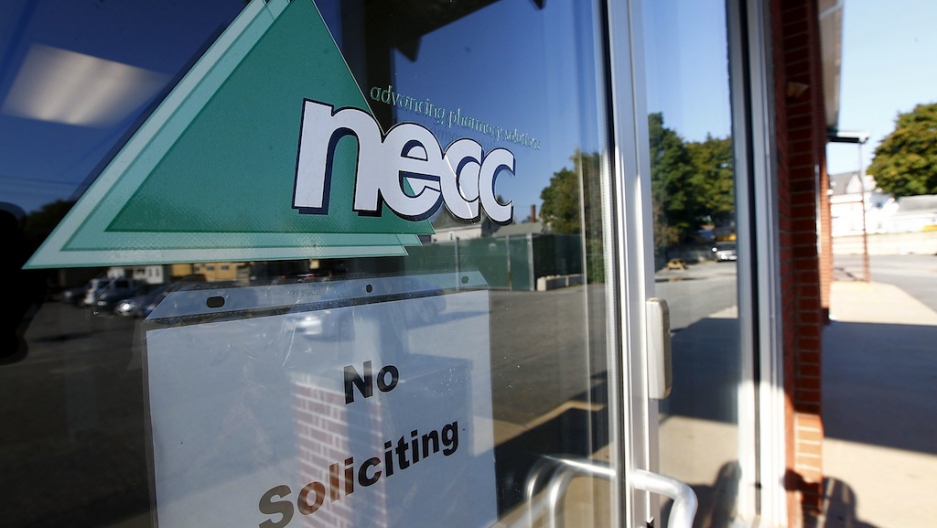 The outbreak of fungal meningitis has been traced to the New England Compounding Center in Framingham, Massachusetts.
Credit: Jared Wickerham
Share

Thousands of people in the United States may have received steroid injections contaminated with a rare meningitis-causing fungus, CNN reported today, as the death toll in the outbreak rose to eight.

As many as 13,000 people received shots of steroid medication produced by New England Compounding Center of Framingham, Massachusetts, which has recalled all of its products for fear of contamination with the deadly but non-contagious fungus.

ABC News reported that a sealed vial of methylprednisolone acetate, a steroid used to treat back pain, was found to contain fungus.

But there is a big question mark over the number of people affected.

Health officials don’t know how many of the shots were contaminated and the 13,000 includes people who received injections in their spine – most at risk – and those who got shots in other parts of their body, such as knees and shoulders.

The number of people sickened in the outbreak rose to 105 on Monday, the Associated Press reported, citing the Centers for Disease Control and Prevention.

According to the CDC, fungal meningitis can develop “after a fungus spreads through the bloodstream from somewhere else in the body” to the spinal cord.

Common symptoms include a stiff neck, fever, headache, nausea and vomiting, and sensitivity to light, and even an altered mental state.

More from GlobalPost: What Obama's Affordable Care Act means for the world's hospitals