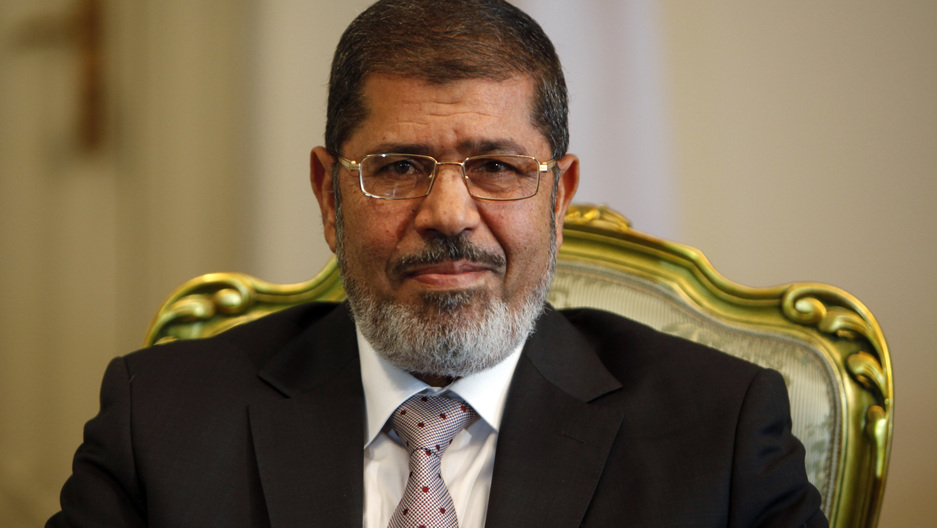 Egypt's President Mohamed Mursi smiles during a meeting with South Korea's presidential envoy and former Foreign Minister Yu Myung-hwan (not in picture) at the presidential palace in Cairo October 8, 2012, a day after Mursi's "Al Nhada (Renaissance) project. The project is primarily a economic and social programme comprising of promises the president vowed to fulfil within 100 days of taking office. Mursi has won grudging respect from detractors in his first 100 days by sending the army back to barracks faster than anyone expected and raising Egypt's international profile in several newsmaking visits abroad. Yet his political fortunes and those of the Muslim Brotherhood which propelled him to power may well depend on his delivering on more mundane issues such as easing traffic congestion and bread and fuel shortages by Oct. 7 as promised. REUTERS/Amr Abdallah Dalsh (EGYPT - Tags: POLITICS HEADSHOT PROFILE)

Share
While Egypt's new president, Mohammed Mursi, is being credited with reforms, a certain segment of the population is not at all happy: Coptic Christians. They accuse the government of not doing enough to protect their minority community. Robert Springborg, professor in the Department of National Security Affairs at the Naval Postgraduate School, tells Marco Werman that the Coptic Christians have long suspected Egypt's police and security forces are sympathetic to Muslims. Springborg says the volatile relationship hasn't been helped by the release of an anti-Islam video.