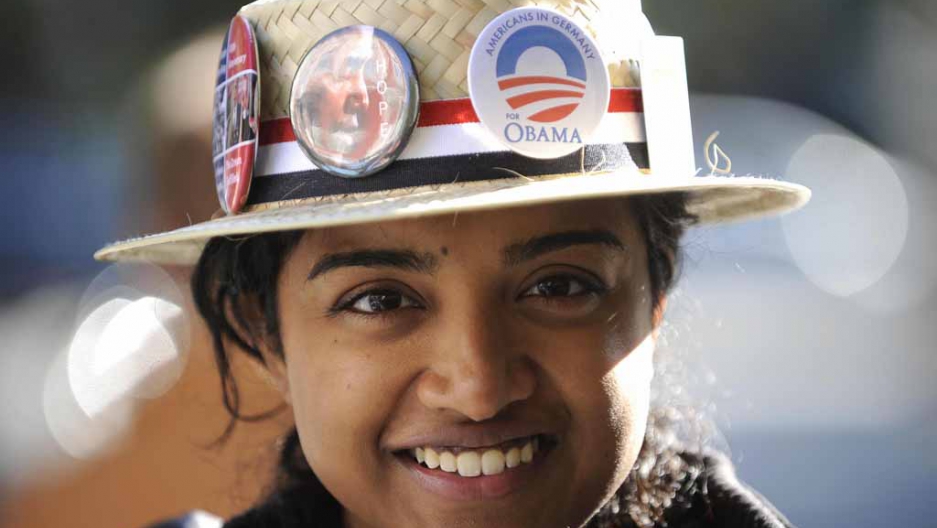 BANGKOK, Thailand — There is no variety of American voter quite so unreliable as expatriates. They vote far less frequently than even teenagers and high-school dropouts. When it comes to campaign contributions, they donate less than 1 percent of the total haul.

Compounding their low turnout rate — a scant 7 percent in the 2008 US presidential race, according to the non-partisan Overseas Vote Foundation — is the mystery surrounding their voting habits. Do most Americans living abroad skew towards Democrats or Republicans? No one knows for sure. In US politics, a field dissected at the molecular level by highly paid strategists, the data is conspicuously absent.

“Across all expatriates, how many get the ballot and how many mail it back in, yes, that number might surprise some people as being insufficient,” said Ross Feingold, 38, the Hong Kong-based Asia chair of Republicans Abroad. “But we do have people who go to extraordinary efforts to their ballot in.”

With another extremely tight US presidential race on the horizon, foreign Democrat and Republican operatives are hustling to corral and motivate as many like-minded American voters as possible.

More from GlobalPost: Complete coverage of the US election 2012

Voting from foreign shores has never been easier. A full 23 states — including swing states North Carolina, Nevada and Colorado — allow registered voters to scan and send official ballots via email. (The catch? Election officials can see how you voted.) Florida, among the most influential battleground states, allows overseas Americans to transmit ballots through fax machines.

Energizing that thin segment of politically motivated Americans overseas is the primary mission of Democrats Abroad and Republicans Abroad. This is no easy feat. The 6 to 7 percent of overseas Americans who voted for president in 2008 are outperformed by even the most stubborn low-turnout demographics back home. Federal census data shows that 49 percent of 18- to 24-year-olds voted in the presidential race four years. So did 39 percent of eligible voters lacking a high school diploma.

Both political parties contend that, in Asia, a region attracting a growing number of Americans, this endeavor remains especially tough. Of the 6.3 million Americans living abroad, only 864,000 live in Asia, according to State Department figures that do not include military personnel.

The success of “get out the vote”-style drives can hinge on whether these far-flung political groups can throw a good bash. In Thailand, the local Democrats Abroad chapter doubles as a social network that maintains a book club and routinely rallies its faithful in Bangkok pubs. As the locally brewed Singha beer flows, its members prod newcomers into filling out voter registration forms.

“For some Americans here, we’re the only expat group they belong to,” said Gary Suwannarat, a 64-year-old retiree and veteran Democrats Abroad member who lives in Chiang Mai, Thailand. Suwannarat votes in what she calls a “very red” Colorado county.

“In 2008, our ‘get out the vote’ rallies were almost raucous,” she said. “We’d have someone representing the Obama campaign, loud music and a screen playing clips of Democrats saying funny things to lambaste Republicans. It all helps to register people on the spot.”

At a recent and more subdued event, the group screened the first 2012 presidential race debate in a Bangkok sports bar. “We’ve got a discount on wine and happy hour prices on beer all night long,” said Peter du Pont, 52, a clean energy consultant who heads Democrats Abroad Thailand, which boasts nearly 2,000 members. “I think we throw a pretty good party.”

“We’re at the center of a thriving region. It’s very fertile ground. There are probably tens of thousands of Americans living in Thailand and we try to reach as many of them as possible,” he said. Discerning out just how many of them favor the Democrat Party, however, relies on guesswork.

“We don’t have statistical data on the party affiliation of expatriates,” du Pont said. “But, yes, that would be very valuable.”

Thailand’s Republican Abroad chapter is a quieter network, managed largely by former US service members who maintain a roughly 150-person contact list. “In Asia, when you live out here for a while, you can see America from an outside perspective. It’s pretty easy to tell things are not going well with the American economy,” said Paul Salvette, 32, an Iraq War veteran who runs a small company, BB eBooks, and acts as communications director for Republicans Abroad Thailand.

“I think a lot of the younger people out here — people working for NGOs, international teachers — they might be Democrats. But we’re out here too, especially in the business community,” Salvette said.

More from GlobalPost: America's middle class is in trouble

His group does not attempt to compete with his rivals’ register-while-you-party strategy. “We have some social outings but we keep it to a minimum. Republicans, we’re working for a living. A lot of us have families ... I know my partying days are long over,” Salvette said. “I don’t want to say we’re a more mature, older group but we don’t go to gatherings and cut loose.”

But despite Obama’s declared “pivot” of American focus towards Asia, Americans living in the region aren’t pivoting much money to his campaign. His top four foreign donor locations are the United Kingdom, France, Switzerland and Canada. Romney is favored by Asia-based donors. His top four include the United Kingdom followed by Hong Kong, Singapore and China.

“It should come as no surprise that the major cities are where we turn people out,” said Feingold, the Republicans Abroad Asia chairman. “It’s Hong Kong and Singapore, Shanghai and Beijing. These are big cities with often increasing populations of US citizens versus the past.” Hong Kong, Asia’s most powerful financial center, enjoys a particularly healthy Republican Abroad turnout, Feingold said.

But the total financial contribution to both parties’ presidential bids — roughly $1.1 million as of August, according to federal reports —amount to a few clinks in the campaign piggy banks. This paltry figure adds up to .08 percent of the $1.3 billion raised by the two parties combined.

Even the number of civilian Americans living abroad is debated: the non-profit American Citizens Abroad counts 5.2 million, roughly 1 million less than the State Department’s estimate. Depending no which entity is correct, the total US diaspora is roughly equal to either the population of Colorado or Missouri. Were they engaged, Americans abroad could most certainly influence the outcome of a presidential elections.

But their resistance to voting, or shelling out campaign cash, perhaps explains why researchers have wasted so little time studying their voting habits.

“There’s just no good information on our occupations, income or the direction in which we vote,” Suwannarat said. “If anyone tells you that everyone overseas is either a Republican or a Democrat, they’re whistling Dixie.”