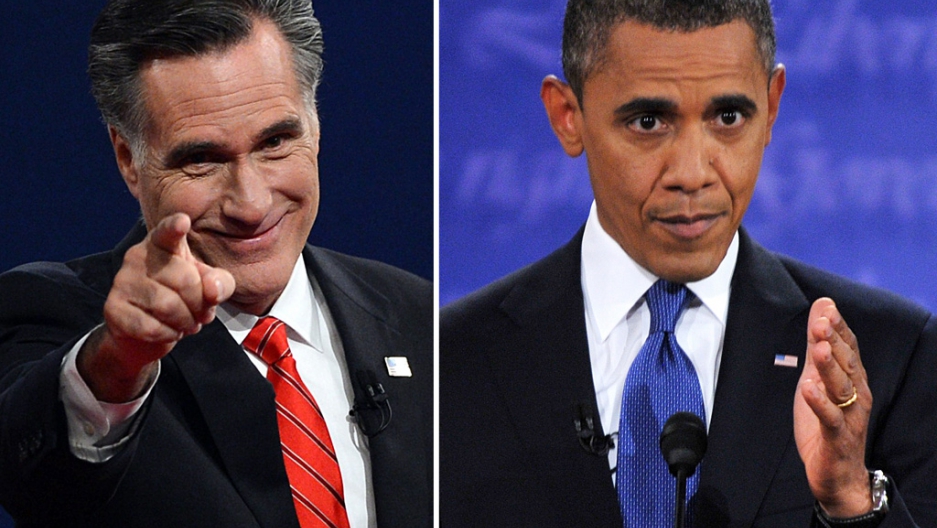 HIV/AIDS has not been mentioned much on the campaign trail by either candidate.
Credit: STF
Share
#page .lead-media-photo { margin-right:10px; }

This campaign season, the fight against HIV/AIDS has been absent from the press materials released by both President Obama and Governor Romney — as well as from the conversation.

Despite the candidates’ divergent political leanings and economic philosophies, it’s not so easy to predict their stances on the issue, because historically, support for the HIV/AIDS response hasn’t clearly fallen on just one side of the aisle. Although President Obama has a mixed record on combating HIV/AIDS both domestically and abroad, remarks by challenger Romney have some leaders in the field wondering if he would curtail the effort. Mitchell Warren, executive director of AVAC, said it’s Romney’s silence on the issue that has him concerned.

“He’s not talked about it, and in general, that says something, that it’s not a priority from his perspective,” he said. “I think there’s a great deal of concern both domestically and internationally of what would happen in a Romney administration.”

But President Obama has not brought the topic up either, and his policies have earned mixed reviews. Although the Obama administration continued the President’s Emergency Plan for AIDS Relief (PEPFAR), a legacy from President Bush, GlobalPost revealed in April 2012 that there was almost $1.5 billion of unspent money that had been earmarked for PEPFAR, stuck in the pipeline for at least 18 months.

While Obama did create the first-ever domestic AIDS plan, experts have criticized the administration for not clearly laying out the details on how to reach the goals they have put forth.

The silence from both candidates on this issue comes at a turning point in the fight against AIDS. PEPFAR has been successful, funding ARV treatment for more than 4.5 million people as of earlier this year. Secretary of State Hillary Clinton has called for an AIDS-free generation, and at July’s International AIDS Conference—held on US soil for the first time in 22 years—she promised to lay out a blueprint by World AIDS Day for how we are going to achieve this goal.

Meanwhile, Washington, DC has a higher AIDS prevalence rate than five PEPFAR countries, and the AIDS Conference in Washington, DC brought our domestic epidemic into the spotlight. The stakes are high. Chip Lyons, President and CEO of the Elizabeth Glasser Pediatric AIDS Foundation, wrote in a September 24 Op-Ed in the Huffington Post, “There is optimism among global health leaders that we are seeing the beginning of the end of AIDS. But we won't get there without the public support that comes from knowing it is within our grasp -- and the political will to make it happen.”

The question, then, is, if Romney is elected President, would he provide this political will and do a better job than the current administration in the fight against AIDS?

It’s possible that Romney’s plan for the AIDS response won’t differ all that much from Obama’s. AIDS has always been a bipartisan issue, said Anand Reddi, a medical student at University of Colorado, Boulder who served on the Board of the AIDS Healthcare Foundation and as a Fulbright scholar assisted an HIV/AIDS clinic in South Africa. Reddi said he thinks neither Obama nor Romney would realistically be able to cut the PEPFAR budget because there would be too much pushback in Congress.

“It’s often been people in the House or in the Senate who have an affection for PEPFAR who have then pushed the administration to commit more money,” said Reddi. “There are some pretty staunch advocates on both the Republican side and the Democratic side.”

PEPFAR was established by President Bush in 2003. At the time, the New York Times called Bush’s announcement a “rare defiance of the social conservatives within his own party,” and CNN reported that Bush received “criticism from conservatives in his own party who are unhappy over some of the details, such as the emphasis on condom use.”

PEPFAR is now known as an international success story and has been praised by Democrats and Republicans, including Romney. In a speech at the Clinton Global Initiative, Romney commended PEPFAR, and in a September interview with Voice of America, Romney adviser Dov Zakheim said Romney would continue to support programs like PEPFAR.

But it’s hard to reconcile these comments with his party’s current political platform, and, for that matter, with other comments Romney has made on the campaign trail. As Science Speaks points out, the 2012 Republican Platform only mentions AIDS three times in 54 pages, once when related to abstinence-only education as the best way to fight against AIDS domestically, and the other praising PEPFAR and the Global Fund. (In comparison, the Democrats’ Platform mentions HIV/AIDS eight times in 32 pages.)

And in a memorable moment of the first presidential debate last week, Romney cited the subsidy to PBS as an example of an expenditure he would cut based on his test: “Is the program so critical it's worth borrowing money from China to pay for it? And if not, I'll get rid of it.”

If Big Bird doesn’t pass the test, will the AIDS response?

GlobalPost attempted to contact the Romney Campaign several times to ask about his plans for AIDS funding but received no response.

World AIDS Day (December 1)—the date by which Secretary Clinton promised to share her blueprint for an AIDS-free generation—happens to lie between the Presidential election and inauguration day. What will the next President of the United States, whomever he will be, do with that plan?

First debate: No knockout for Romney, but maybe a turnaround