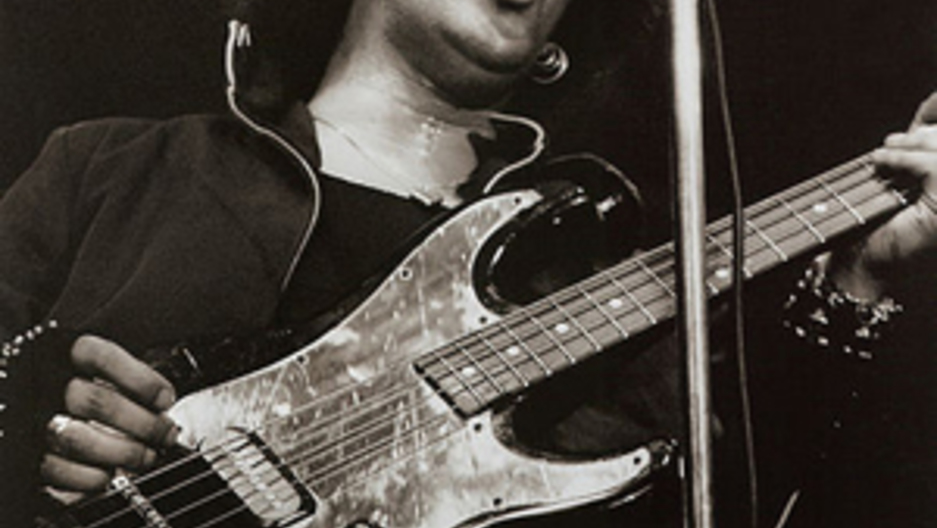 Share
At the Republican National Convention in August, Vice-Presidential nominee Paul Ryan took to the stage to the strains Thin Lizzy's The Boys Are Back in Town. The lead singer of the Irish rock band, Phil Lynott, died in 1986 after abusing heroin. But his mother, Philomena Lynott, said her son would not have endorsed the Republican ticket. Philomena Lynott is now 81. Speaking to the BBC from Dublin, she described the early years of her son's life. In the 1940s Lynott was living in the English city of Birmingham. She'd left Ireland to take a job there as a nurse, and in the evenings she'd go out on the town. "I used to go dancing," she said, "and while I was at the dancehall one night, a very tall dark man walked right across the whole room and asked me to dance. And I did." The man was black, and from Guyana. He was in the military, Lynott remembered, and when the pair came off the dance floor together, everyone else moved away. There wasn't much tolerance for that kind of thing back then, let alone for an ongoing relationship. "When you got on a bus or anything people looked at you like you were vermin because you were in the company of a black man," she recalled. It was horrendous: I was only 17 or going on 18." Soon she was pregnant. But Lynott couldn't tell her family back in Ireland, and so she looked for other options. "I remembered an old wives' tale that if you bought a little bottle of gin and you got some copper pennies, and if you boiled the gin and threw the pennies in and then sipped the hot spirit, that you would get rid of your baby. But as the smell of the hot gin went up my nostrils I started dry retching." Philomena felt so sick she couldn't get the gin down. Some months later little Phil Lynott was born. At that moment, his father had moved on and was unaware of the birth, and so mother and son went to live in a home for unmarried women in Birmingham. It was operated by an order of nuns. "I was the only one with a black baby, and they battered me, spat on me," she said. "The nuns gave me the worst job in the whole world: it was winter, they put me outdoors in sort of a big shed where all the washing got done for the home. And I was in charge of washing all the nappies [diapers]. Nobody cared." The nuns pushed Philomena to give her son up for adoption. She refused and sent a letter to her mother in Ireland, and she included a photograph of her biracial son. "They had to put her to bed.. the shock she got. But eventually my Mammy and Daddy said they would take him and rear him. They hid it from everybody that he was mine; they said he belonged to an African lady who had died." So, Phil Lynott, later of Thin Lizzy, was raised by his grandparents rather than by his mother. Philomena Lynott says she was a more of a big sister than a Mom. And, she says, years later she missed the signs of serious drug abuse in her son. She says she didn't notice because he was touring all the time, and when he'd been touring he'd put on weight on: Philomena figured he was healthy. Phil Lynott died in 1986 at the age of 36. "They didn't want me there when he passed because they figured I'd lose my reason, which I did. When he died I died for five years. I think it'd a dreadful waste but what can you do? What will be will be." A couple of years ago, Philomena Lynott revealed that she'd had two other babies, a boy and a girl, and had given them both up for adoption. It was a secret she'd kept for half a century. When the two became adults, they located Lynott and made contact. Lynott said she built good relationships with both her children. With all three, if you count Phil. "I listen to his music every single day," she said. "I also visit his resting-place every day because it's only round the corner from my house. I go around and I pour water on his stone—I call it washing his face—and then when I'm leaving I give him a kick.. for breaking my heart."