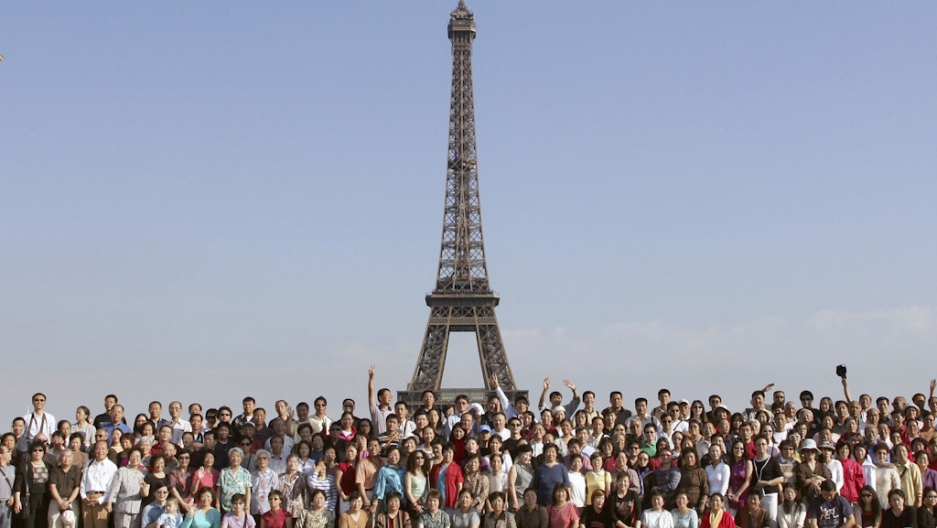 France is one of the most popular destinations for Chinese tourists, who are also big buyers of French luxury goods.
Credit: JACK GUEZ
Share

Thierry Gillier, the French fashion designer and founder of the Zadig & Voltaire label, has apologized for saying that Chinese tourists won't be welcome at his new luxury hotel in Paris.

Gillier, in an interview with Women's Wear Daily, had said his hotel will be selective with its choice of guests.

“It won’t be open to Chinese tourists, for example. There is a lot of demand in Paris – many people are looking for quiet hotels with a certain privacy,” he told the magazine.

French newspaper Liberation said Gillier later asked the magazine to change his quotation from "Chinese tourists" to "busloads of tourists."

In a statement released Thursday, Gillier apologized and said he had wanted to emphasize that the hotel wouldn't be for the mass tourism market.

"My remarks were doubtless clumsy... I understand they might have hurt my friends from China, France or elsewhere, and I am deeply sorry for that," he said, according to Agence France-Presse.

France is one of the most popular destinations for Chinese tourists, who usually travel in large groups and spend a staggering amount of money on French luxury products.

One Chinese news story said "arrogant Europeans" can't accept that Chinese people can actually afford to buy luxury goods. But the story also mentioned that some Chinese tourists have bad habits, and there is room for improvement.

The Zadig Hotel, slated to open in 2014, will be a 40-room boutique establishment on Paris's chic Left Bank.

More from GlobalPost: China and Taiwan: from enemies to frenemies