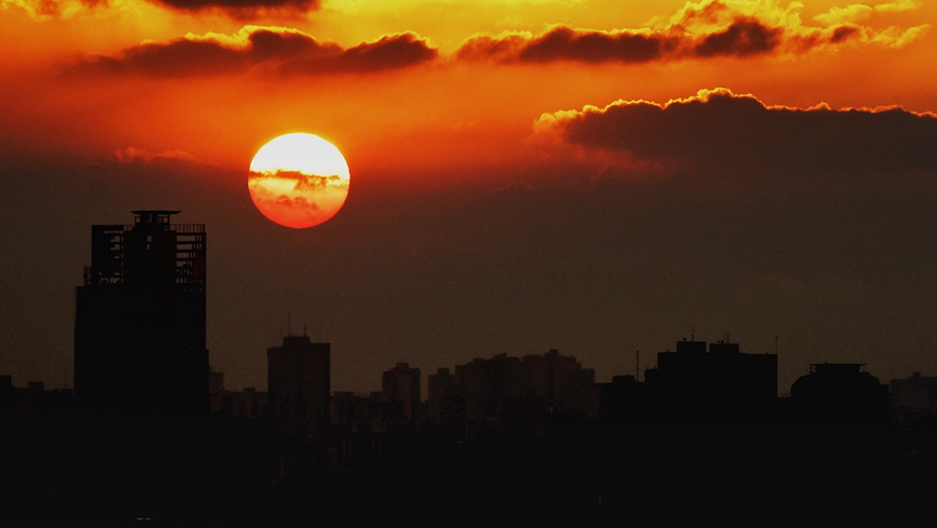 The "Tower of David" (left) - an abandoned skyscraper in Caracas that was originally intended to be an office building, but became a "vertical slum" illegally occupied since 2007 - on Aug. 6, 2014.
Credit: JUAN BARRETO
Share

GlobalPost's Girish Gupta was on the ground in Caracas, Venezuela ahead of Sunday's monumental elections for our "A Friday In" series.

After showing off breathtaking views of the city and chowing down on a $60 omlette (worth so much thanks in part to a "troubled economy") Gupta turned his sights to the presidential elections, the "toughest yet" for Chavez, the country's leader since 1999. Gupta braved monsoons to bring us to the 23 de enero barrio, the epicenter for so-called "Chavistas."

Stay tuned over the weekend for GlobalPost's election coverage.

GlobalPost's Twitter feed showcases the voices and personal experiences of our correspondents based around the world each week. A different correspondent takes over the @GlobalPost account each Friday and tweets about his or her travels and daily activities.

"A Friday in London" with Barry Neild

[View the story "A Friday in Caracas " on Storify]