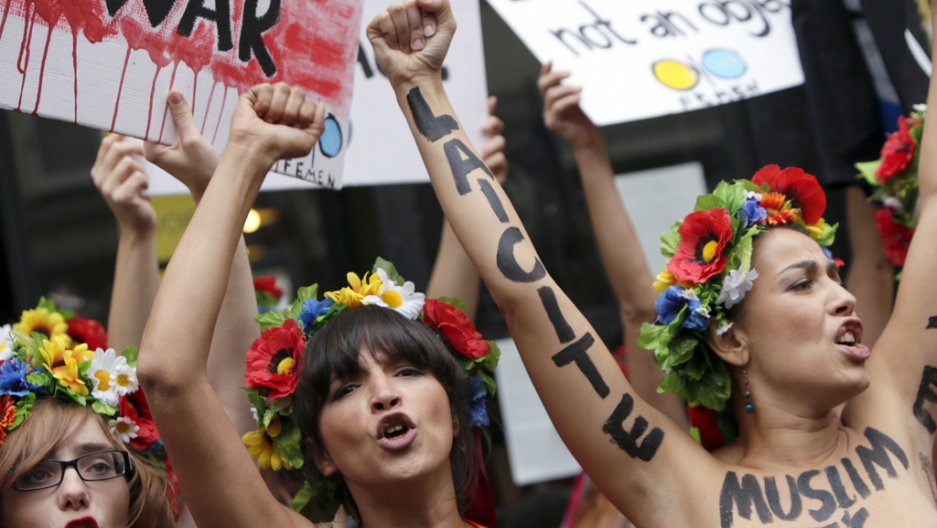 Femen, the group of Ukrainian feminists notorious for staging topless protests, have opened a global headquarters and "boot camp" in Paris.

The group set up their headquarters in a former theater in the Goutte d'Or district, according to The New York Daily News.

"Soldiers will be born here, but they will not be French soldiers," said Inna Shevchenko, according to the Guardian. "They will be feminist soldiers, international soldiers."

Speaking to reporters, Shevchenko said, "We are taking off our clothes so people can see that we have no weapons except our bodies. It's a powerful way to fight in a man's world. We live with men's domination and this is the only way to provoke them, the only way to get attention."

The Moscow Times noted that the boot camp is located in a largely Muslim area of Paris. Around 20 French and Ukrainian women with slogans painted across their bare chests walked through the 18th Arrondissement in honor of the opening of the headquarters.

According to The Digital Journal, the center was started by Shevchenko and Oksana Shachko, who hoped to use it to train new recruits.

The New York Daily News noted that Femen was originally founded in 2008 to protest sexism and sex trafficking in the Ukraine. The members are known for protesting topless with slogans painted across their breasts.