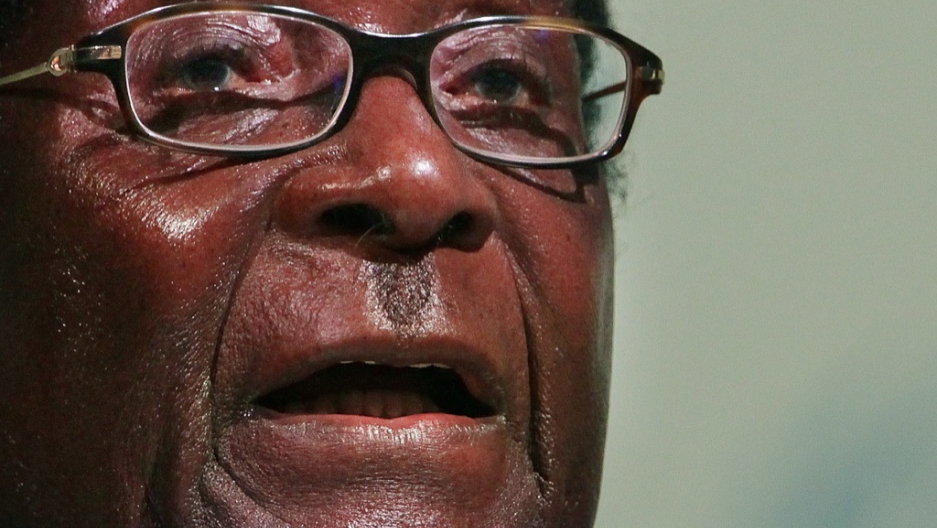 BOSTON, Mass. — In recent weeks, police have descended on the Harare offices of Gays and Lesbians of Zimbabwe (GALZ), seizing the group’s publications and computers as evidence, they claimed, in an ongoing investigation. The police sought to also arrest staff, but the organization’s lawyer has kept them free for now.

This police activity underscores the effort of the Mugabe-led ZANU-PF ruling political party to incite anti-LGBT hatred in mobilizing its base for elections next year. Mugabe faces a challenge from Prime Minister Morgan Tsvangirayi, who recently adopted a pro-LGBT rights position.

In one raid, police forcibly entered GALZ premises and began arresting advocates gathered to discuss the draft constitution under debate. The draft includes anti-gay provisions shaped with help from the US-based Christian right group American Center for Law and Justice (ACLJ) through its Zimbabwe office. The proposed provisions explicitly prohibit homosexuality and, mimicking American efforts, define marriage as between a man and woman.

Some activists were injured trying to escape over a security fence armed with an electric razor wire. Those caught — 31 men and 13 women — were arrested, bundled into police vehicles, and kept in filthy cells for what GALZ staffer Miles Rutendo remembers as “a night in hell.” Police beat and stomped on the backs of gay rights advocates forced to lie on the wet floor. One victim passed out and was rushed to the hospital.

The physical and mental abuse did not end with their release. In a country where LGBT people suffer brutal harassment, these activists’ sexual preference was exposed to neighbors, families, and workplaces. Their families forced some from their homes. Whether any lose their jobs remains to be seen.

The US State Department rightly denounced the raid and repression of human rights in Zimbabwe. But those of us in the United States must do more — after all, US donations support the ACLJ’s promotion of anti-LGBT politics in African civic life and constitutional reform.

ACLJ opened the African Center for Law and Justice in Zimbabwe in 2010 with the aim of training lawyers to push a Christian right perspective on the draft constitution. Jordan Sekulow, ACLJ’s executive director, also said his organization would lobby for Zimbabwe — under sanctions due to bad governance — in both religious and political circles. During a visit to Zimbabwe, Sekulow met with Robert Mugabe’s vice president, John Nkomo, Prime Minister Morgan Tsvangirayi, and other politicians.

In 2010, Mugabe rejected even the possibility of including LGBT rights in the new constitution, saying homosexuality “is not debatable, it’s not up for discussion … It is just madness, insanity. The ancestors will turn in their graves should we allow this to happen.” Sekulow’s partnership with the oppressive Mugabe government follows the Christian right’s history of supporting African dictators. In prior decades, televangelist Pat Robertson sided with the oppressive white minority governments of Rhodesia (now Zimbabwe) and South Africa and with war criminal Jonas Savimbi in Angola. Similarly, ACLJ is sacrificing human rights today to score ideological points.

In my recent investigation for the think tank Political Research Associates and its report "Colonizing African Values," I argued that ACLJ’s actions border on neo-colonialism. ACLJ defends its involvement as helping their brothers and sisters by “defending the Christian faith and providing humanitarian aid.” How is decriminalizing homosexuality an attack on the Christian faith? US conservatives take advantage of Africa’s poverty to advance their ideological agenda — but they don’t advertise that their aid is a tool to build political alliances and advance their anti-gay agenda. St. Augustine of Hippo, an African bishop, once said “charity is no substitute for justice withheld.”

Colonialism came wrapped in similar claims of defending poor Africans from unknown forces. Anthropologist Marc Eppretch asserts that colonialists were scandalized “by Africans’ willingness to bend the supposed natural laws of sexuality,” so that missionaries and the British Empire worked to make homosexuality a crime. Unfortunately, what started as a “missionary position” on human sexuality is now considered a traditionally African or Christian position.

Allowing US conservatives to determine Africa’s social agenda sets back the realization of universal human rights on the continent and is an affront to those who fought colonialism. Africa has its own pastors capable of defending the Christian faith; ACLJ’s Sekulow taking on the role of champion is paternalistic, imperialistic and ultimately colonialist. Will Africans let the US Christian right re-colonize its values?

Americans, in turn, can show solidarity by challenging ACLJ’s image as a simple advocacy organization. ACLJ’s allies in the Mugabe government abuse the human rights of innocent people. The organization’s pledge to defend or lobby for such a regime insults the thousands killed or maimed at the hands this notorious dictator. It is time for human rights defenders to call on Jordan Sekulow to denounce Mugabe’s continuous harassment of LGBT persons. We cannot wait for yet another life lost — like David Kato in Uganda and, in just the past month, Maurice Mjomba in Tanzania — to realize that homophobia kills.

Miles Rutendo of GALZ pleaded with the international community to use its freedom to fight for theirs. “We are being violated and intimidated with impunity daily. Your silence is supporting the system which is oppressing us.” Together, we can stop this.

Rev. Canon Dr. Kapya Kaoma is an Anglican priest from Zambia who researches religion and sexuality. He is the author of think tank Political Research Associates’ recent "Colonizing African Values" report and the 2009 investigation "Globalizing the Culture Wars."