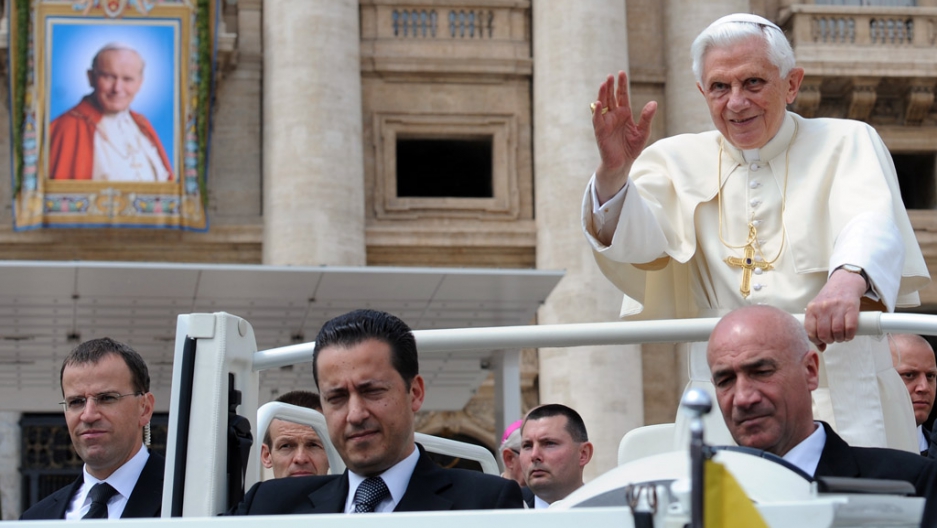 Pope Benedict XVI waves as he stands with butler Paolo Gabriele, center, on May 4, 2011, at St Peter's square at The Vatican.
Credit: VINCENZO PINTO
Share

The pope’s butler, Paolo Gabriele, says he leaked confidential papal documents because he feared someone inside the Vatican was manipulating Pope Benedict XVI.

Gabriele entered a not guilty plea during his trial today in Italy, but admitted he was “guilty of betraying the trust of the Holy Father,” BBC reported.

The 46-year-old father of three stands charged with aggravated theft and faces four years in jail.

Nuzzi then published a book called, “His Holiness: The Secret Papers of Benedict XVI,” about corruption inside the Holy See.

Gabriele told the three-judge panel that he alone is responsible for the leaked documents.

“I developed the conviction that it’s very easy to manipulate a person who has decision making powers in his hands,” Gabriele said, according to Bloomberg.

“Sometimes the Pope asked questions about things he should have already known about.”

Gabriele also used his court appearance to accuse the Vatican’s gendarmerie of mistreatment, The Telegraph reported.

He said his jail cell was so small he couldn’t stretch out his arms, and that the light was left on 24 hours per day, for 20 straight days.

A judge ordered an investigation into the claims.

“For the first 15 to 20 days, the light was on 24 hours a day and there was no switch. As a result my eyesight was damaged,” Gabriele said, The Telegraph reported.