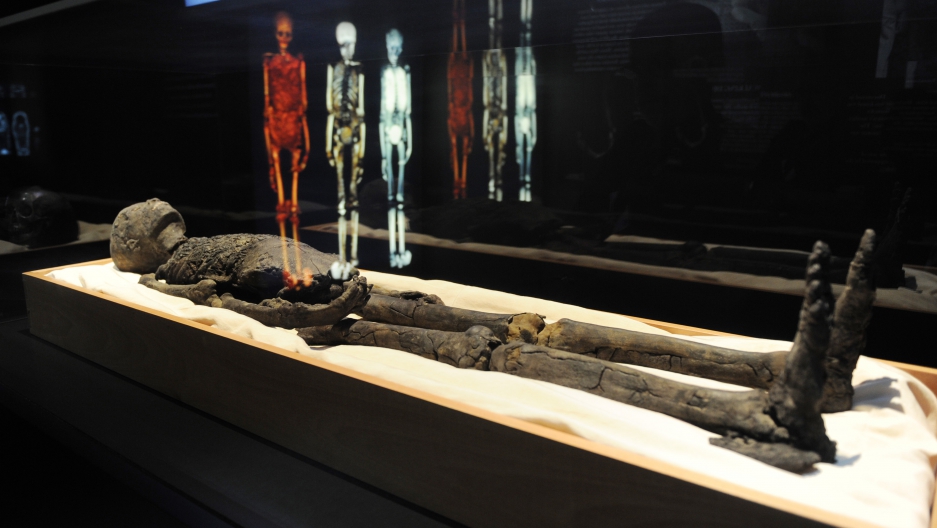 The world's oldest prosthetic, a false toe, was discovered by scientists in the UK.

Researchers at the University of Manchester found that the fake toe, discovered last year, was likely used as a walking device to provide balance.

The study used volunteers with missing big toes to test their theory.

Strapping them with ancient sandals, researchers used a pressure measurement system to see if it was once possible to walk without a big toe in those shoes.

The volunteers were asked to walk around while having their gait and walking style measured, along with the pressure, said Product and Development.

"The pressure data tells us that it would have been very difficult for an ancient Egyptian missing a big toe to walk normally wearing traditional sandals, said lead author Jacky Finch, reported BBC.

More from GlobalPost: A woman has successfully grown a new ear on her arm

Though researchers said that the prosthetic was not the only way to walk for those who lost their toe, but it was likely the most comfortable.

"They could of course have remained bare foot or perhaps have worn some sort of sock or boot over the false toe, but our research suggests that wearing these false toes made walking in a sandal more comfortable," she continued.

The wood and leather toe was made for a woman that likely lived between 950 BC and 710 BC.

The former oldest prosthetic device ever recovered was a wooden leg at a Roman burial site dating back to 300 BC, said BBC.

The leg was destroyed during a bombing raid in World War 2.

The new findings were published in the Journal of Prosthetics and Orthotics.