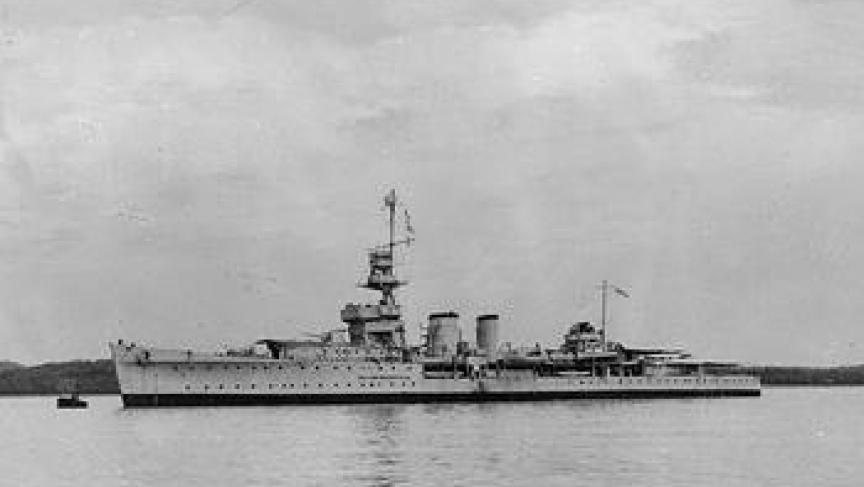 Share
Two years ago, I reported on a "citizen-science" project called Old Weather. You might be familiar with the premise of these types of projects – scientists crowdsource some element of the research that's too big, or too time consuming, to be done by the few. So, they ask the public to help. There are other projects, for example, where the public can help out with cancer research, or with searching for alien life. What drew me to the Old Weather story, though, was the historical aspect. The raw climate data the scientists were after is contained in old British Royal Navy ships' logs from around World War I. These old handwritten logs were stowed away in an archive. Historians were as interested in the data as the climate scientists. Here's a bit of the transcript from my original radio piece: CLARK BOYD: Climate scientists rely on computer models to get a better sense of the Earth's weather and climate patterns now and in the future. Those models make use of historical weather data. But that information isn't always easy to come by. There are good land-based weather records starting around 1920. But if you want raw weather data from before that? PETER STOTT: We have to depend on observations from ships. BOYD: That's Peter Stott, head of Climate Monitoring and Attribution at Britain's Meteorological Office. He says that every ship in Britain's Royal Navy kept logbooks. STOTT: It's the weather observations that they made, typically six times a day, and the data that's in there is the temperatures, so it's the air temperature and the sea temperature, and also the wind direction and the wind speed and also the pressure that they measured. BOYD: But all of those observations are bound up in thousands of handwritten volumes, tucked away in archives. Stott says it would take a team of researchers decades to digitize all the information. And handwriting recognition software, he says, isn't good enough yet to automate the process. So, he decided to get some help from the public. First, Stott turned to Chris Lintott at the University of Oxford. Lintott says they're scanning the pages of the old log books, and posting them on the website OldWeather.org. CHRIS LINTOTT: Old Weather.org is an attempt to unlock that information in the logs by inviting members of the public to come along and transcribe the information. BOYD: They've started with 280 Royal Navy ships from right around World War I. Anyone who wants to help can go to the site, choose a ship, and pages of the old naval logs pop up. Well, two years on and 1.6 million data points later, the project is done. The climate data is only beginning to be analyzed, and the project itself is now looking for volunteers to help input data from US ships in the Arctic! But Old Weather, it turns out, is about much more than just weather. Historians and big data lovers alike are geeking out on the pictures painted by all that information. Check out this visualization: Also, this very cool version of the same data done by London's Guardian newspaper.