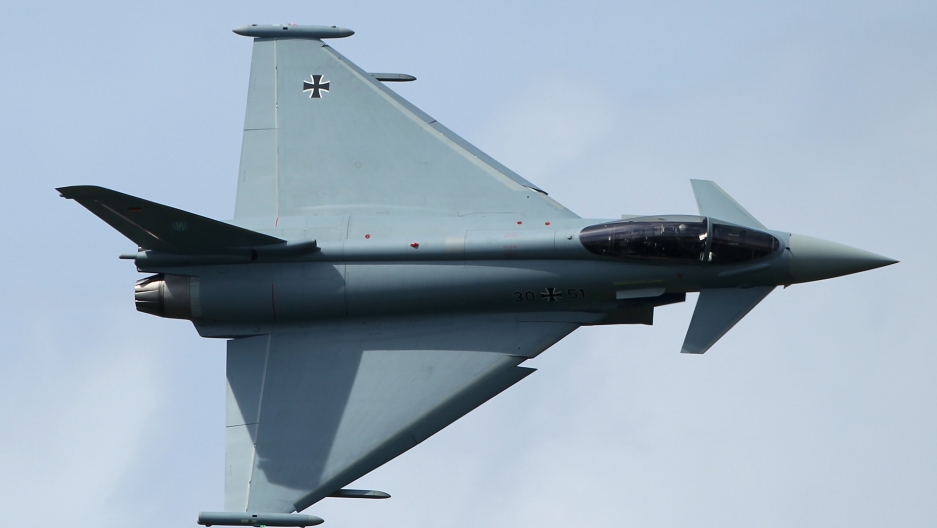 BERLIN, Germany — When the Franco-German aerospace giant EADS — the owner of Airbus — and British defense company BAE Systems last month announced they were holding talks to merge, they were fulfilling a long-standing plan to create the world’s largest defense company.

France, Germany and Britain are directly involved in the talks, over which the United States holds influence thanks to its large defense contracts with BAE. However, their various interests — along with those of companies that also hold stakes in each firm — may yet scupper the $45 billion deal.

Each side has different priorities: France wants to ensure it retains its influence on the company; Germany is concerned about protecting jobs; and the British are wary of losing lucrative business with the Pentagon.

France and Germany each control 22.5 percent stakes in EADS, which they formed in 2000, and share the right to appoint an equal number of citizens to the board.

While France has a direct stake of 15 percent and a 7.5 percent stake held by the Lagardere media conglomerate, Berlin’s influence is less direct, via German carmaker Daimler and a conglomerate of banks.

Like Lagardere, Daimler has long been looking to offload its EADS shares and the German government has been considering purchasing some of the stake through the state bank KFW.

Nevertheless, the French and German governments are reported to have worked out a common position last week that would give each country a 9 percent diluted stake in the new company.

That would preserve the parity for which the governments in Paris and Berlin have striven since the beginning. Past decisions on personnel, factory locations and jobs have been made as much in the interest of protecting the balance as for business sense.

Although politicians in London largely support the deal, the proposal to add a British company to the mix could unsettle the delicate equilibrium.

EADS wants the three countries to accept so-called “golden shares” that would give their governments vetoes over hostile takeovers or matters of national security but exclude them from the company’s day-to-day running.

But Berlin is concerned about being left out of the new company’s management structure. Although the current EADS CEO, a German named Thomas Enders, would take the helm of the merged company, it is also likely that the civil aerospace headquarters would remain in France, while the defense division would be based in the UK.

Berlin is concerned that setup could eventually force jobs to leave Germany. EADS currently employs 50,000 people at 29 locations in the country.

German concerns were made apparent in an Economics Ministry brief leaked last week. Officials said they were not convinced the golden shares would be valid under European Union law and that they didn’t see the guarantees for German jobs as going far enough.

They also objected to the proposed merger’s 60:40 split between EADS and BAE, saying a 70:30 split would be fairer.

French Lagardere, a founder of EADS, has also objected to the 60:40 split. Weighing in on the plans for the first time over the weekend, the company said a “re-examination” of the deal was “indispensable.” CEO Arnaud Lagardere is also chairman of EADS.

However, EADS last week firmly denied speculation the companies could renegotiate the ratio to raise EADS’s stake to between 63 and 65 percent. “The 60:40 shareholder split is the only valid statement on this subject,” an EADS spokesperson insisted.

In London, there are concerns the current plan would give too much political influence on the new company to the continent.

Although the British government doesn’t hold equity in BAE, it has a golden share that gives it effective veto rights over any deal on the basis of national security.

The British are especially concerned the deal could threaten its crucial defense contracts in the United States. BAE enjoys a so-called “Special Security Arrangement” with the Pentagon, which gives it access to sensitive defense projects such as the F-35 joint strike fighter program. EADS also has an SSA, but not as extensive as BAE’s.

Washington may balk at the possibility sensitive information could be exposed to a company with significant involvement by foreign governments, even if they are allies.

There have been reports EADS has offered to ring-fence its US defense business. However, a US decision to restrict BAE’s SSA could be a deal-breaker for the British.

EADS boss Enders is striving to diminish political influence from all countries, something he has long found frustrating at EADS.

He has said the new company should "not necessarily" be subject to state involvement.

"We want to create a company that is internationally much more successful, that draws new investors,” he told reporters last week, “and there are many examples to prove that companies in this sector and of this size should not necessarily be subject to state involvement.”

He has assured lawmakers German jobs would be safe. “What is in Germany stays in Germany,” he told a parliament committee last week.

However, his attempts to smooth feathers don’t appear to have been entirely successful.

Kerstin Andreae, a committee member from the Green Party, said there were "disagreements" between the German government and the EADS chief executive.

“More questions were left open than answered,” she told reporters, saying government representatives had made it clear to Enders they weren’t questioning how the planned merger should go ahead at this stage but whether it would at all.

Pressure is growing on all parties to agree to the deal ahead of an Oct. 10 deadline.

But German Defense Minister Thomas de Maiziere emerged from discussions with his British and French counterparts on Thursday saying it would have to be extended.