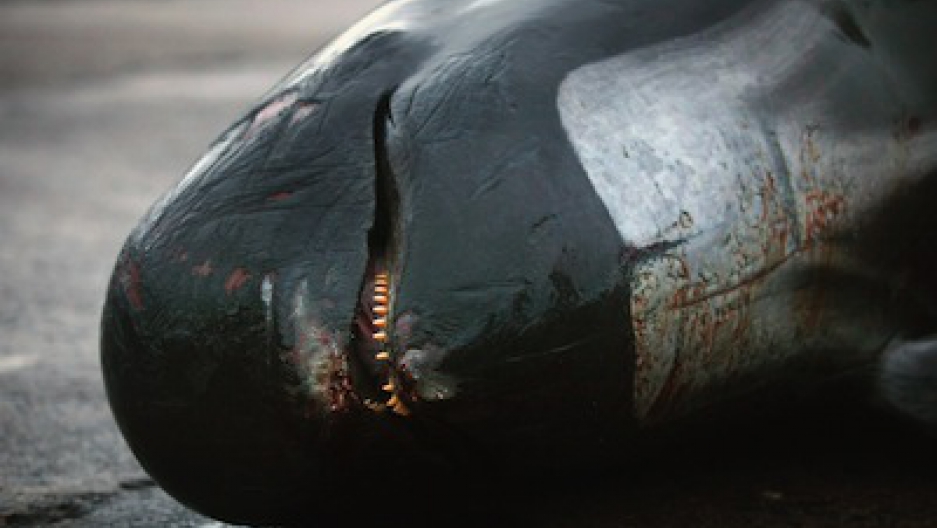 A mass stranding of pilot whales on a distant island in Indonesia has, according to Agence France-Presse, provided a windfall for locals who've sheared off the whale's meat for food.

The outlet reports that Savu Island's fisheries chief claims "locals have hacked into around 11 whales so far and will probably use the flesh for meat." According to AFP, more than 40 pilot whales have wriggled ashore.

The good news: enough pilot whales ply the seas that the species is considered to be at little risk of becoming endangered, according to National Marine Fisheries Service.

But they're notorious for beaching themselves en masse for reasons that are, apparently, sometimes rather poignant.

"Pilot whales are very social animals," said Allison Garrett, a National Oceanic and Atmospheric Association rep interviewed by the Associated Press regarding a different beaching in Florida last month.  "One scenario could be one of the animals was sick. They won't leave (a sick whale). They'll stay together."

Samaritans who attempt to roll the whales back into the surf find that the whales wiggle back towards their beached pack, a phenomenon AFP describes as taking place among the dying Savu Island whales.