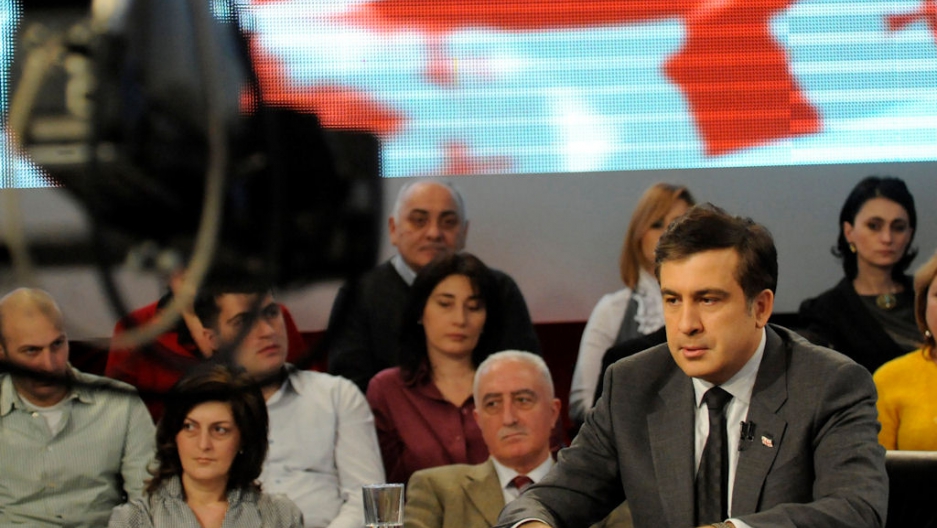 In a televised address on Tuesday, Saakashvili said that voters had given the majority to the opposition coalition Georgian Dream, led by billionaire businessman Bidzina Ivanishvili.

According to the Guardian, early predictions give the coalition 51 percent of the vote compared to 41 percent for Saakashvili's United National Movement. That should translate into 84 seats in parliament for Georgian Dream and 66 for UNM.

It marks the first time since the collapse of the Soviet Union that Georgia has changed governments in a democratic vote, not a revolution, the BBC said.

The two rivals will have to work together to steer Georgia into its next phase of democratic reforms, the Guardian says, since the country is due to switch from a presidential to a parliamentary system at the end of Saakashvili's term, next year.

Ivanishvili is expected to serve as prime minister under him until then.

In his speech (full text in English here), Saakashvili indicated that he would cooperate with the new ruling party even if he didn't agree with them:

"There are very deep differences between us and we believe that their views are extremely wrong, but democracy works in a way that the Georgian people make decisions by majority. That’s what we of course respect very much."

The two sides fought a bitter election campaign and there was some concern that the results would trigger civil unrest, according to GlobalPost's correspondent, Nicholas Clayton. However, election observers from the Organization for Security and Co-operation in Europe said that Georgians had "freely expressed their will," and were optimistic about a peaceful transition of power.

Saakashvili, who came to power in 2003 after a bloodless revolution, was praised for his economic reforms but accused by critics of authoritarianism and cronyism, Clayton writes. He is also held responsible for Georgia's brief but devastating war with Russia four years ago.

More from GlobalPost: Is the West losing Georgia?