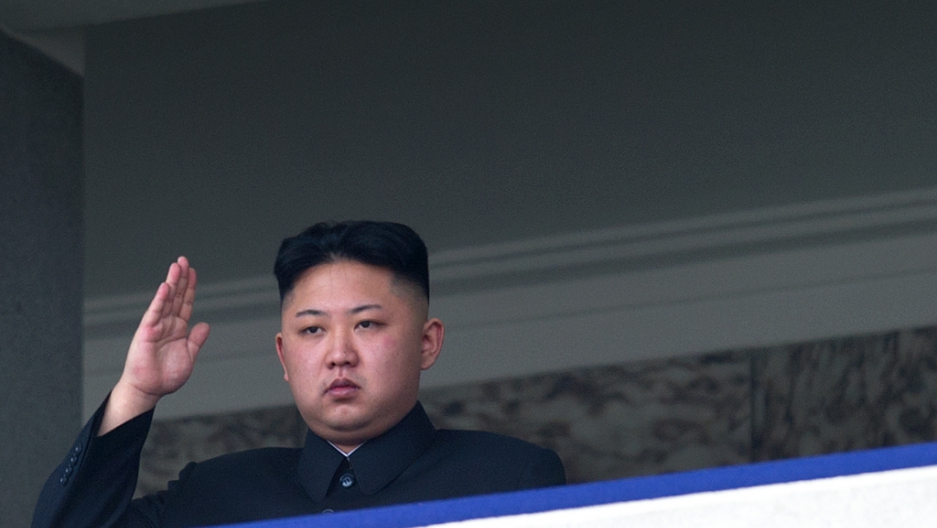 The latest challenge came to light Friday, in a report by a reputable Seoul-based online news organization saying that it had confirmed the closing of political prison camp number 22 at Hoeryong, in the far northeastern province of North Hamgyong, near the Chinese and Russian borders.

Daily NK quoted an unnamed source from the locality as saying the inmates were transferred to other camps from Camp 22 starting in March, “after the warden who ran it and another officer ran away to China.”

Camp 22 had figured in a 2004 BBC television documentary alleging that prisoners had been used routinely as human guinea pigs for scientists’ deadly experimentation with chemical agents.

This would not be the first time the regime shut down a political prison camp whose profile had become uncomfortably high. The authorities closed camps at Changpyong and Tongpo in the same province in 1998 and 2000, respectively, and moved the inmates to another site.

Defector Chang In-sook, an architect and civil engineer who said she’d been dispatched to work in Tongpo toward the end of that evacuation, told me in an interview (which appears in my book) that the closures occurred because South Korean human rights advocates had singled out the two camps, and they were close to the border.

The timing of the new report is bad for a North Korean leadership that’s been in political transition since dictator Kim Jong Il became ill and finally, last December, died, bequeathing his throne to youngest son Kim Jong Un, now 28.

While the untested new leader is reported to be considering reforms of a decrepit state-planned economy that can’t feed the people, there’s no indication he intends to dismantle the system of death camps for perceived enemies of the regime and their families.

A current main focus of his regime is using both propaganda and military provocations to persuade South Korean voters in a December election to reject the candidate of the relatively hard-line party that currently rules.

Pyongyang badly hopes to see in Seoul the victory of a dovish candidate, more like the two consecutive southern presidents who coddled and aided the North under the “Sunshine Policy” while in power from 1997 to 2007.

A recent poll shows that the South’s citizens worry about a possible North Korean military attack. To reduce tensions, they want a less hawkish policy from their next president.

While that might seem to validate the North’s tactics, the same poll also found that nearly 80 percent of South Koreans think the priority policy toward North Korea should be improving human rights there.

Suggestive of the Pyongyang regime’s current nervousness over the issue, a search of 15 years’ worth of archived articles by the North’s official Korean Central News Agency shows that 2011 and 2012 have seen by far the most frequent references to “human rights.”

Those references tend to be reactive, appearing for example in KCNA articles that attack “bogus” human rights campaigning in the South.

Suppose Daily NK’s information that Camp 22’s warden escaped to China is accurate, and suppose he surfaces in South Korea or the United States to detail publicly what he knows. How will that impact the North’s ruling family?

The Kim image could take a major hit abroad — and at home among the minority of citizens who secretly listen to foreign radio broadcasts in Korean — if the new defector confirms and revives the charges that an earlier “chief of management” of the Camp 22 made in the 2004 BBC documentary "Access to Evil."

That defector said scientists researching chemical warfare had systematically tested their concoctions on inmates — including whole families — in a glass-walled gas chamber on Camp 22’s grounds, meticulously recording how long it took them to die.

Also appearing in the 2004 documentary was a human rights worker who showed “transfer letters” in Korean, with official-looking seals, which he said had accompanied the experimental subjects to their doom.

A recently published book that exposes the brutal inner workings of another unit in North Korea’s vast gulag may offer some further hints of the kind of material the Camp 22 warden might expose.

In Escape from Camp 14: One Man’s Remarkable Odyssey from North Korea to Freedom in the West, former Washington Post correspondent Blaine Harden profiles Shin Dong-hyuk, born a prisoner thanks to matchmaking by guards who rewarded his parents for good behavior by assigning them to marry.

Prison rules made monsters of prisoners like Shin, training them to snitch on their fellow inmates in order to be rewarded with enough to eat. Even family members had to be ratted out. At 13, Shin fingered his mother and elder brother for planning to escape — and didn’t feel guilty when he attended their execution.

The guards were just as awful. After the execution, Shin’s teacher cut the boy’s rations to starvation level and incited the other pupils to gang up and beat him unmercifully — not because he had betrayed his family members but because he had tattled to a night guard instead of the teacher, who thereby failed to earn “credit” with his superiors for stopping their escape.

When a sewing machine Shin was about to repair slipped out of his hands and broke, a prison official punished him by chopping off a middle finger.

Offering such horrific images, "Escape" has quickly become a best-seller in the United States and is now coming out in translations in several foreign languages – bad news in itself for the regime in charge of the giant prison that calls itself the Democratic People’s Republic of Korea.

Bradley K. Martin is the author of "Under the Loving Care of the Fatherly Leader: North Korea and the Kim Dynasty."