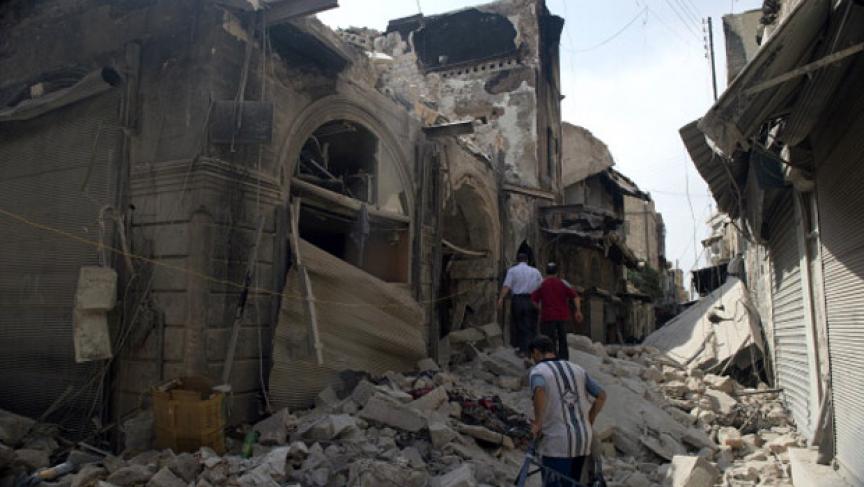 Syrians inspect damages in the old city of Aleppo after the area was shelled by Syrian regime forces on September 30, 2012. Forces loyal to President Bashar al-Assad shelled rebel-held areas across Syria as fierce clashes were reported in second city Aleppo where a fire tore through a medieval souk. AFP PHOTO/MIGUEL MEDINA (Photo credit should read MIGUEL MEDINA/AFP/GettyImages)

Share
Over the weekend, violence in the city of Aleppo, Syria, continued to claim lives. It also claimed a piece of Syria's cultural heritage, its centuries-old covered market. Hundreds of shops were destroyed by fire in the souk, which UNESCO recognizes as a World Heritage Site. Amr Al-Azm, teaches Middle Eastern History and Anthropology at Shawnee State University in Ohio. He says the medieval architecture of this market had been exceptionally well preserved.