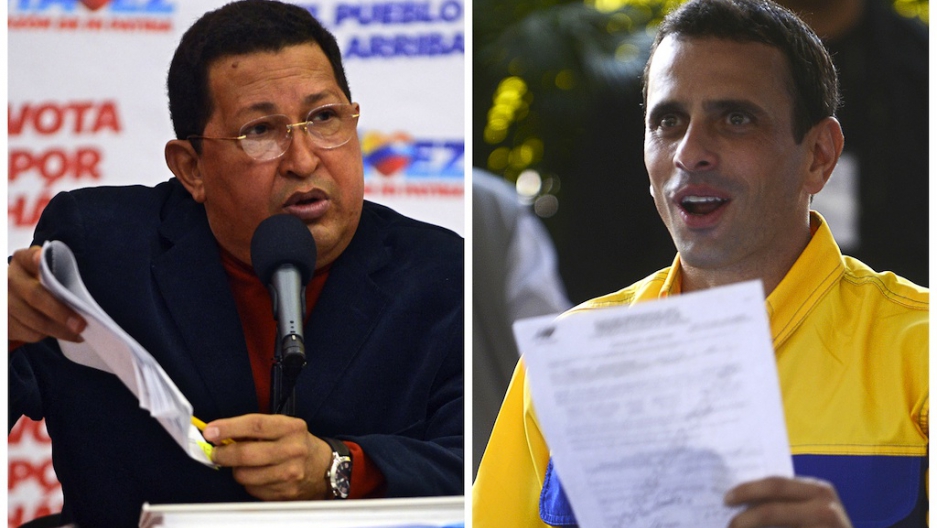 The shooting occurred when loyalists of President Hugo Chavez and his opponent, Henrique Capriles, faced off on a road between the communities of Barinas and Barinitas in the country's central plains, about 280 miles southwest of Caracas, The Associated Press reported.

Reuters reported the gunmen fired from a van that witnesses said belonged to state oil company PDVSA or the local mayor's office.

The vehicle had been blocking the opposition motorcade. Two others were injured and six people were arrested following the attack, Reuters reported.

More from GlobalPost: Hugo Chavez turns 58 on the campaign trail

Previous clashes have been reported, but these are the first deaths tied to the campaign for the Oct. 7 election.

The shooting occurred the same day that China launched a second satellite into orbit for Venezuela from the northwestern Chinese province of Gansu, CNN reported.