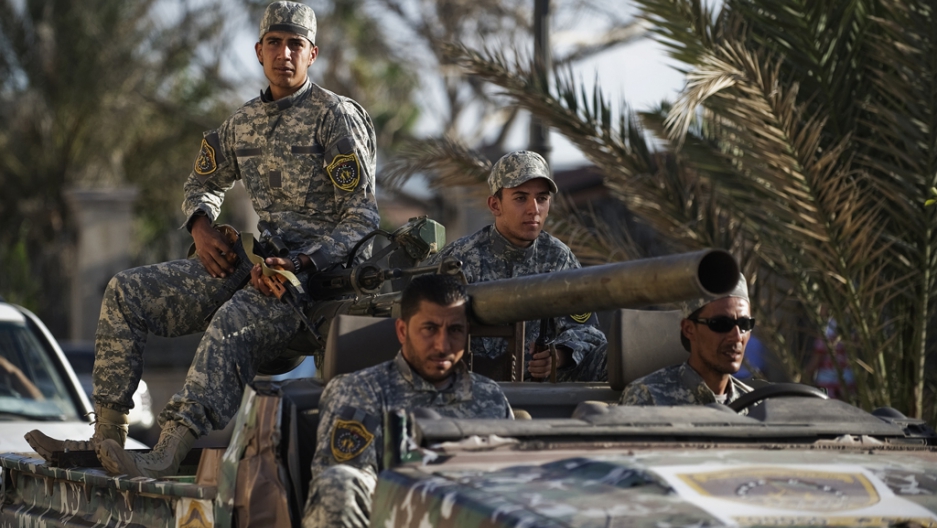 Members of a Libyan rapid unit brigade in charge of clearing unlawfully occupied buildings from militias patrol during an operation in Tripoli on September 23, 2012. A Libyan crackdown on lawless militias spread to the capital after armed groups that have not been integrated into state institutions were ordered to disband and evacuate their bases.
Credit: GIANLUIGI GUERCIA
Share

Libyans have surrendered hundreds of weapons in both the capital Tripoli and the eastern city of Benghazi as part of a government disarmament drive, Agence France Presse reported.

Troops collected a range of weapons, mostly assault rifles, as well as large quantities of bullets and tank shells.

Six heat-seeking missiles were also handed in, with one person saying they would surrender a tank at an “undisclosed location.”

The disarmament campaign was jointly launched by the army and civil society organizations, and army spokesman Ali al-Sheikhi told AFP it “would not be the last."

According to the BBC, the call for weapons was promoted through private television broadcasts, and gained momentum after US ambassador Chris Stevens was killed in Benghazi on September 11.