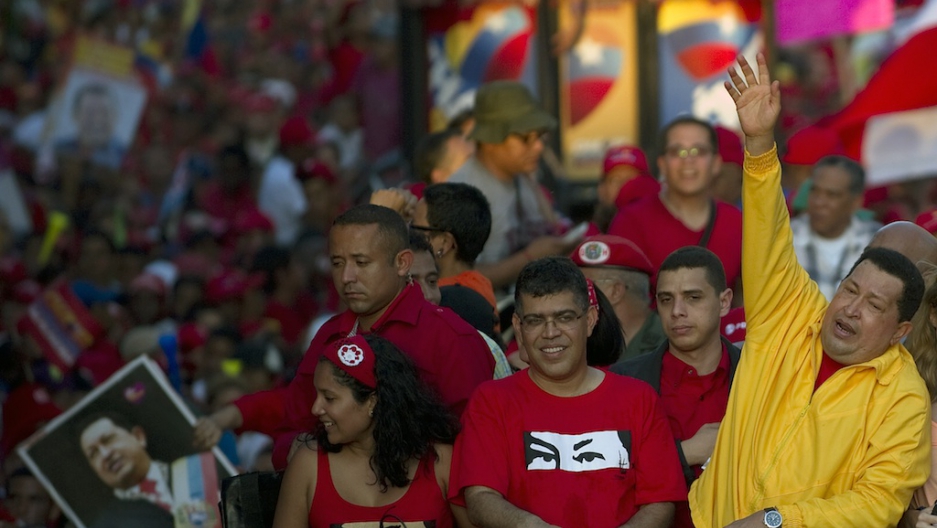 Venezuelan President Hugo Chavez waves to supporters during a campaign rally in Guarenas on September 29, 2012.
Share

It is probably not the sort of endorsement that US President Barack Obama was expecting to receive less than two months out from the American presidential election.

Venezuelan President Hugo Chavez — who is also seeking re-election — said he would back Obama in the US presidential elections, Reuters reported.

And if the US leader lived in the Latin American country he would no doubt do the same.

"I hope this doesn't harm Obama, but if I was from the United States I'd vote for Obama," Chavez, who is also seeking re-election, told state television today.

"Obama is a good guy ... I think that if Obama was from Barlovento or some Caracas neighborhood, he'd vote for Chavez.”

The Associated Press reported that Chavez, who has led the socialist government for 14 years, said he would like to have “normal” relations with the US government.

This is from a man who has been one of the world's most outspoken critics of the United States and has frequently insulted the White House during his time in office.

In an exclusive interview with the Agence France-Presse on Saturday, Chavez said he believed he had beaten cancer and would be healthy enough to lead Venezuela until 2019.

The latest voter survey shows Chavez has a 10 percentage point lead over the opposition candidate, Henrique Capriles, and looks set to win the Oct. 7 vote.