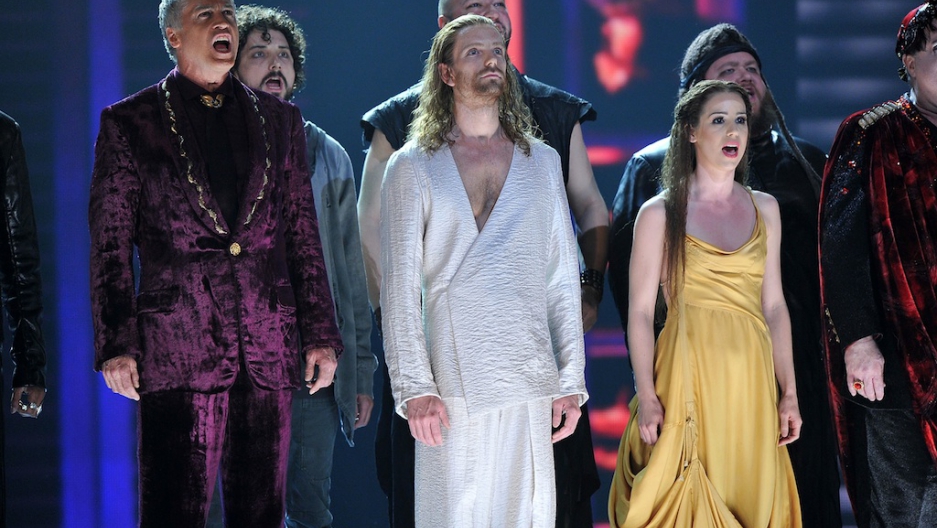 "Jesus Christ Superstar" has been banned in Russia after a group of locals complained that it might offend religious sentiment.

The musical was scheduled to open the Rock Opera theater in Rostov-on-Don on October 18, but has been delayed as a result of the appeal. The theater has complied and stopped selling tickets, UPI reported.

The complaint, submitted by 18 locals, said that the "image of Christ presented in the opera is false from the point of view of Christianity," according to Agence France Presse.

"As it stands, the work is a profanation," it added.

Recently, conservative Christian activism has been on the uptick in Russia, which some analysts attribute to the growing collaboration between the Kremlin and church leaders, RIA Novosti reported.

However, the decision to block Andrew Lloyd Webber's classic musical could be overturned after prosecutors review the complaint next week, RIA Novosti reported.

"This show has been performed by our theater for 20 years," one of Rock Opera's actresses, Maria Klimova was quoted as saying by the daily Moskovsky Komsomolets, AFP reported. "People come to know this story [over] generations. There is nothing insulting in this work. It is his (Lloyd Webber's) version of the story. This is all some kind of misunderstanding."

Rock Opera has put on "Jesus Christ Super Star" four times, without incident, RIA Novosti reported. The play was banned in Belarus in February, also after complaints were made.