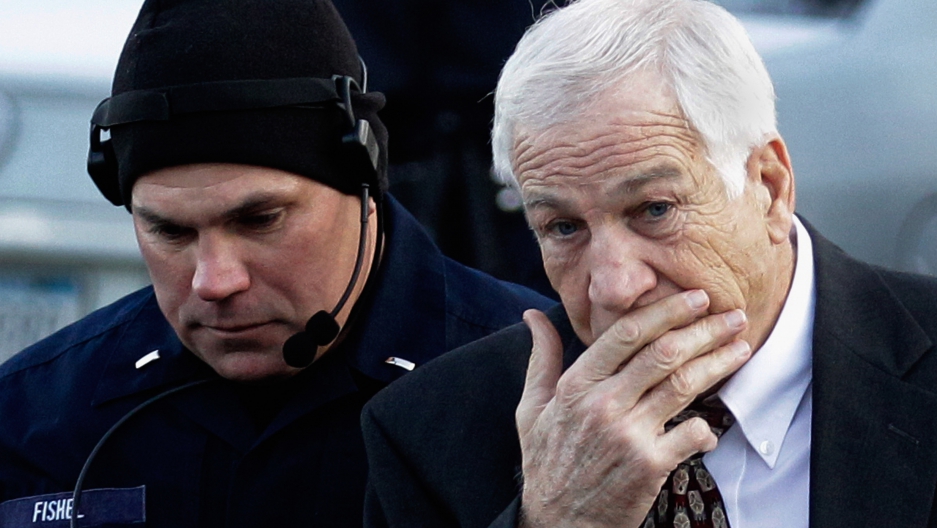 An alleged victim of Jerry Sandusky, has told how he was "pinned on the bed" of a hotel room by the convicted Penn State assistant coach.

Speaking on Dr Phil's television show on Friday,Travis Weaver said the incident happened in Philadelphia when he was 14 years old. He had just come out of the shower when Sandusky allegedly held him down, the New York Daily News reported.

“I told (Sandusky) I was going to call the cops. He just laughed at me,” Weaver told Dr. Phil McGraw.

“(Sandusky) told me no one was ever going to believe me over him. I was scared. I believed him.”

Also appearing on the program was Greg Bucceroni who accused the assistant football coach of participating in a child prostitution ring more than 30 years ago.

The Center Daily said Bucceroni described being offered $200 to have sex with Sandusky in the 1970s but it did not eventuate.

He said Sandusky was involved with accused child molester, Ed Savitz, and other men and they were trading pictures of naked boys “like baseball cards.”

Savitz died while awaiting trial for child abuse in 1993.

But a number of media outlets have dismissed the claims by Bucceroni. The Philadelphia Daily News cited former Gov. Ed Rendell, who said he does not believe Bucceroni’s claims of a child sex ring.

“That guy is completely crazy,” Rendell told the Daily News. “I don’t know anything about what he’s talking about, and none of it’s true. The guy is just crackers.”

Sandusky was convicted of 45 counts of child sexual abuse in June.