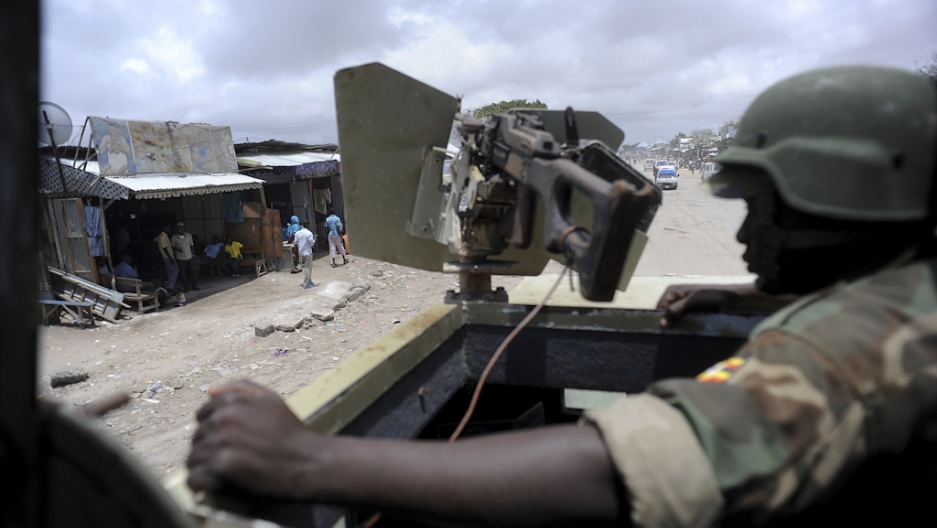 More from GlobalPost: Somalia gears up for final offensive against Al Shabaab

However sources from Shabaab, which is linked to Al Qaeda, denied the claim, telling AFP that fighting was continuing a few miles outside the city, the last major stronghold under insurgent control.

Residents confirmed the militants still had control of the city centre, despite claims by Kenyan army spokesman Cyrus Oguna that Kismayo had “fallen and with minimum resistance."

"The Kenyan military appears to have jumped the gun with its announcement this morning, sent via Twitter, that it had "taken control of Kismayo," reports GlobalPost's correspondent in Kenya Tristan McConnell. "Rather, the fighting is very much still underway."

According to sources in Kismayo, there were helicopters and jets overhead, but though soldiers had landed by sea there were no troops on the ground in the town itself, GlobalPost reports.

In a statement, the African Union Mission in Somalia, Amisom, said it had successfully sent troops into Kismayo in an operation to liberate the city that Oguna described as "amphibious."

According to Reuters Africa, Amisom troops attacked Kismayo from three sides, adding that fighting was taking place on the city's beaches.

Shabaab spokesman Sheikh Abdiasis Abu Musab told Reuters that going into Kismay "would not be a piece of cake," warning the battle for city was "just the beginning."

GlobalPost's Kenya correspondent says that the clashes indicate that Al Shabaab's rule in Kismayo is "drawing to an end."

It may take days — or longer — to rid the town of Al Shabaab forces, but the loss of the town will have a big impact on the group's finances; it makes millions from port revenues every year, reports McConnell. The Al Qaeda-affiliated militia also maintains control of much of southern Somalia's hinterland.

"While they are clearly down, they are not yet out," says GlobalPost's Tristan McConnell.