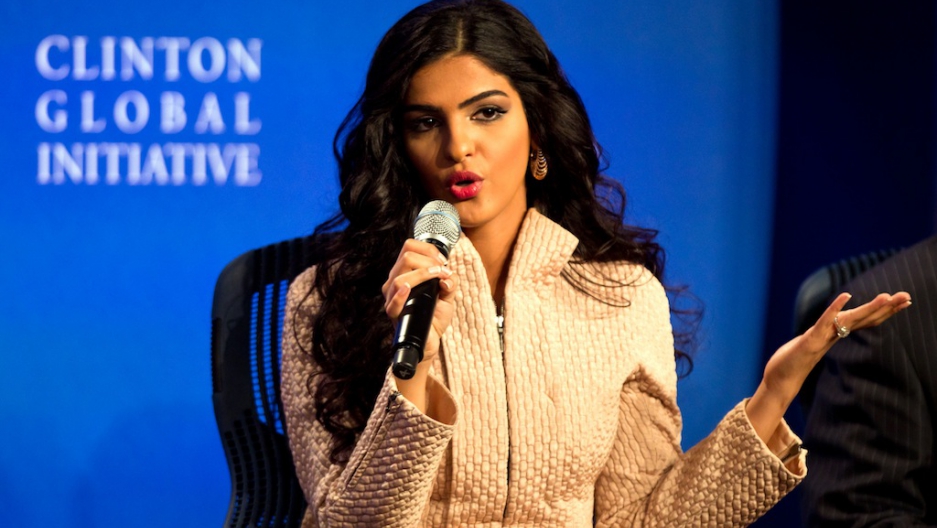 At 28 years old, Ameera al-Taweel looks like just another pretty royal face. But under the designer clothes and expensive jewelry, Saudi Arabia's outspoken princess is an activist for women's rights in her traditionally chauvinistic country.

When women began pushing for the right to drive in Saudi Arabia, al-Taweel jumped on the cause, saying she believed there was nothing in Islam that should prohibit women from operating motor vehicles.

The driving debate has been been the most visible women's rights issue in the Kingdom for the past few years, and in 2009 the princess made international headlines when she announced she was ready to be the first woman in the Kingdom to drive a car.

"I think every Saudi woman is trying her best to be treated equally and to acquire her own rights in the country. And for myself I think that there's nothing in the religion against women driving," al-Taweel said in an interview with NPR last year.

She is also friends with renegade driving activist Manal al Sharif, who was briefly jailed in 2011 for driving and launching an online campaign encouraging women to take matters into their own hands and start driving without being accompanied by a male friend or relative. According to the Daily Beast, al-Taweel referred to Sharif as "a gutsy woman."

Al-Taweel is married to one of the richest men in the world, Prince Alwaleed bin Talal, the nephew of the king, and has used her high-profile position to lobby for a number of women's issues, sometimes to the annoyance of the rest of the royal family.

When she was pictured in the media without her face covered, speaking out about driving and voting, her brother-in-law publicly called her out for damaging the family's honor. The Huffington Post reported at the time that the family asked Prince Alwaleed to "reign in the 'repeated appearance of his wife in the media,' warning him of 'severe' repercussions."

"Our family honor is a red line and if you don't respect this honor, then we do," threatened the older Prince Khalid bin Talal bin Abdul Aziz. "I now tell you that if you do not come back to your senses and stop your deviation, then our response will be very severe and harsh next time without prior warning."

The royal family isn't alone in their criticism.

The princess admitted in an interview with CNN that some conservatives, including women, don't support her public image or activism.

"I received some criticisms and I do get some negative feedback," she told Christiane Amanpour. "But at the same time, I don't represent all Saudi women. There are Saudi women who are against such a movement. I represent maybe a sector of young Saudi women.”

But al-Taweel hasn't caved — in fact, she has continued her international media appearances and has spent the last week doing interviews with American outlets, speaking about everything from the recent law that allows women to vote, to education, to the controversial film "The Innocence of Muslims," to her opinions about why the youth are so volatile.

"Young Arabs are frustrated because they have been oppressed for five decades... by their own leaders. And now they have the chance to express themselves," al-Taweel said.

As the founder of an initiative to empower Arab youth to fight for jobs, education, and basic rights, al-Taweel believes that mobilization and galvanization are the keys to fight against the waves of conservative clerics. In a country where 57 percent of college graduates are now women, the princess believes that using communication methods such as social media and organized action will have an impact.

“The conservatives have an amazing lobby. They know how to voice out their opinions. Us women, not yet,” she said. “Yes, we are very educated. We know exactly what we want, but we're not organized.”

The aspirations of Saudi women are many, says al-Taweel, and they go beyond the right to drive.

For more of GlobalPost's coverage of women's rights activism in the Arab world, check out our Special Report "The Voice and the Veil: Egypt's Revolutionary Women."