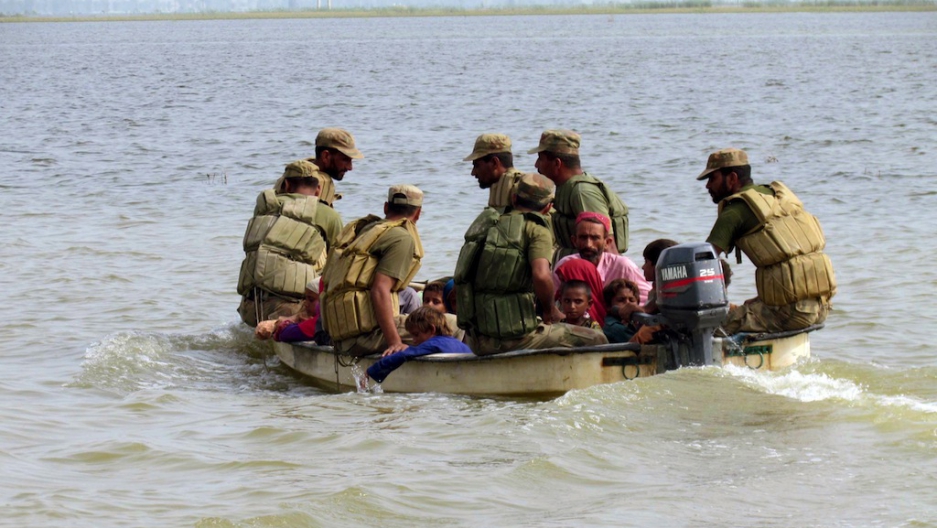 The worst-hit area is the southeast Sindh province where 239 deaths were reported, according to NPR.

A government spokesman told the BBC that Pakistan would not yet ask for international assistance.

"The government's point of view is that the situation will be handled from own resources," Ahmad Kamal told the AFP news agency.

Kristalina Georgieva, commissioner for international cooperation and crisis response, told AFP that flooding "in Pakistan [is] affecting tens of thousands of vulnerable people."

She added, "They are the victims of three consecutive years of devastating monsoon floods, which have destroyed livelihoods and left behind lingering food shortages and hunger."

"Some of the affected children are living in areas that are experiencing devastating flooding for the second or third time over the past three years, and these new floods have disrupted their recovery," she said.