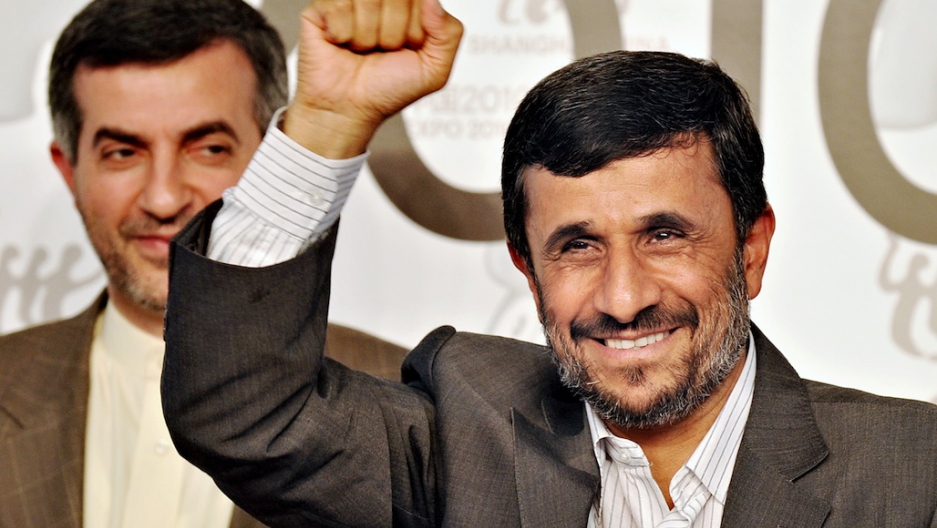 Iranian President Mahmoud Ahmadinejad gestures after a press conference during his visit at the site of the World Expo 2010 in Shanghai on June 11, 2010.
Credit: PHILIPPE LOPEZ
Share

There's something quite poetic about a propaganda outlet falling for a snarky piece of fake news and printing it as fact.

But is the Onion really that convincing?

It was to the folks at Iran's state-run FARS News Agency, apparently. The Atlantic Wire reported Friday that FARS ran a story based on an invented "Gallup poll" described by the satirical magazine, claiming that rural white voters in the US "prefer Ahmadinejad to Obama." The Atlantic Wire included a screenshot of the story from the FARS site, which appears to have since been removed.

According to the Atlantic Wire, the FARS piece was a "word-for-word copy" of an Onion story titled "Gallup Poll: Rural Whites Prefer Ahmadinejad To Obama."

According to Newser, however, two edits had been made to the FARS version, which removed a phrase about Amhadinejad's denial of the Holocaust, and added the dateline, "Tehran."

The Onion original contained such gems as:

“'I like him better,” said West Virginia resident Dale Swiderski, who, along with 77 percent of rural Caucasian voters, confirmed he would much rather go to a baseball game or have a beer with Ahmadinejad, a man who has repeatedly denied the Holocaust and has had numerous political prisoners executed, than spend time with Obama."

And, as a kicker:

"According to the same Gallup poll, 60 percent of rural whites said they at least respected that Ahmadinejad doesn’t try to hide the fact that he’s Muslim."

The Onion story is followed by a last line linking to the screenshot of the FARS story that says: "For more on this story: Please visit our Iranian subsidiary organization, Fars."

To be fair, FARS isn't the first to be duped by the Onion. The Atlantic Wire's Dashiell Bennett reminded readers that John Fleming, a Republican Representative from Louisiana, fell into an Onion fact trap earlier this year.