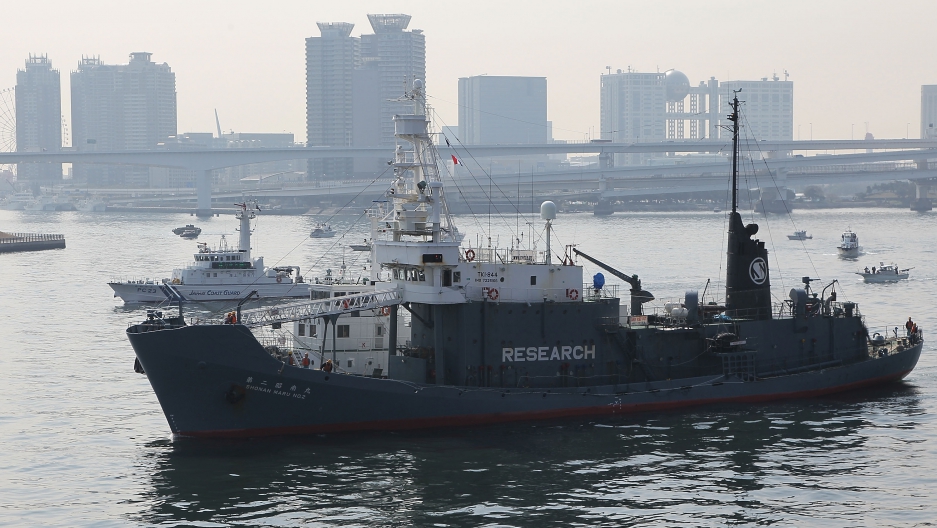 Australia's ABC News reported Wednesday that the Japanese may decide to call off their annual Antarctic "research" whaling expedition for the first time in 25 years, citing maintenance problems with their factory ship as the reason.

The Nisshin Maru, which processes whales that harpoon ships capture and kill, will undergo lengthy, expensive repairs — perhaps not an A priority for Japan's stretched post-tsunami budget.

"As research whaling is important, we'd like to conduct major repairs (on the ship) so that it can be used for at least 10 years," Tatsuya Nakaoku, a whaling official, told AFP.

The whalers, which typically harvest cold-weather loving small whales, have been aggressively protested against by Sea Shepherd, Greenpeace and other anti-whaling groups.

Sea Shepherd has especially ignited much controversy over their hardcore tactics for fighting against Japanese whaling expeditions.

Alongside the Norwegians, Japan remains the only country in the 21st century that annually harvests whale meat — although the South Koreans are planning to join in the hunt.

"There are stockpiles of whale meat sitting in freezers around the country. I think only 5 per cent of Japanese actually eat it regularly," he said.

Japan maintains an English language pro-whaling website called the Japan Whaling Association, and some seem to view keeping up the tradition in the face of international condemnation as something of a matter of nationalist pride.

"Attitudes toward animals are a part of national cultures. No nations should try to impose their attitudes on others."