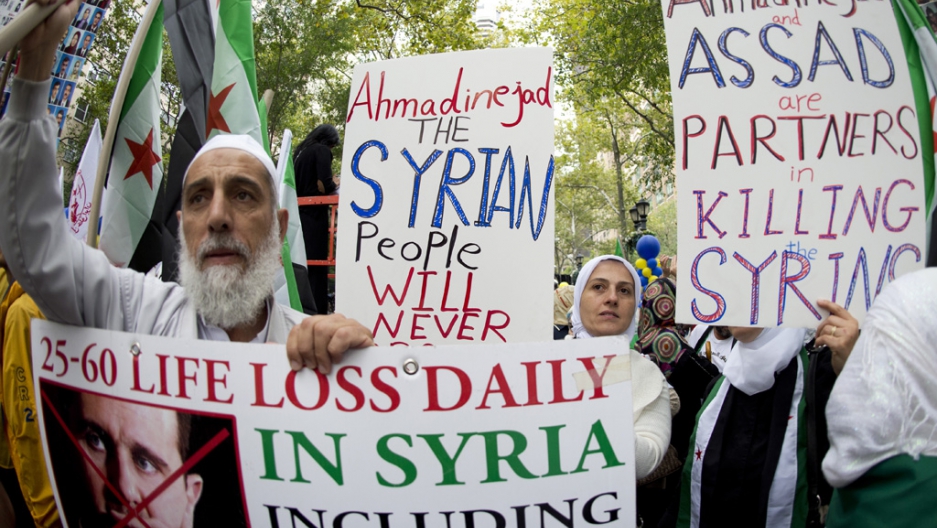 The death toll in Syria’s 18-month civil war has broken the 30,000 barrier, the Syrian Observatory for Human Rights said today, and the casualty rate shows no signs of abating.

The British-based group said that more than half of the casualties have occurred since May, Reuters reported.

“By looking through our figures, we noticed that the toll has been rising. Between 50 and 60 percent of those killed died in the past five months,” observatory representative Rami Abdulrahman told reporters.

What began as protests against President Bashar al-Assad last March has disintegrated into a bloody civil war.

When government troops cracked down against the protesters, they armed themselves and began fighting back.

The Syrian Observatory for Human Rights counts 30,716 casualties, with 21,534 of those civilians.

However, Reuters reported, the observatory doesn’t differentiate between civilians and rebel fighters.

Of the soldiers killed, 7,322 are loyal to Assad while 1,860 are defectors, the news agency said.

According to AFP, the observatory's figures don't include thousands in Syrian jails or hundreds of unidentified bodies.

“More than 30,000 people killed in 18 months – that means more than 100 killed each day, yet the international community and Arab countries keep saying ‘something’ must be done for Syria,” said Abdulrahman told AFP.

More from GlobalPost: Save the Children warns of child torture in Syria