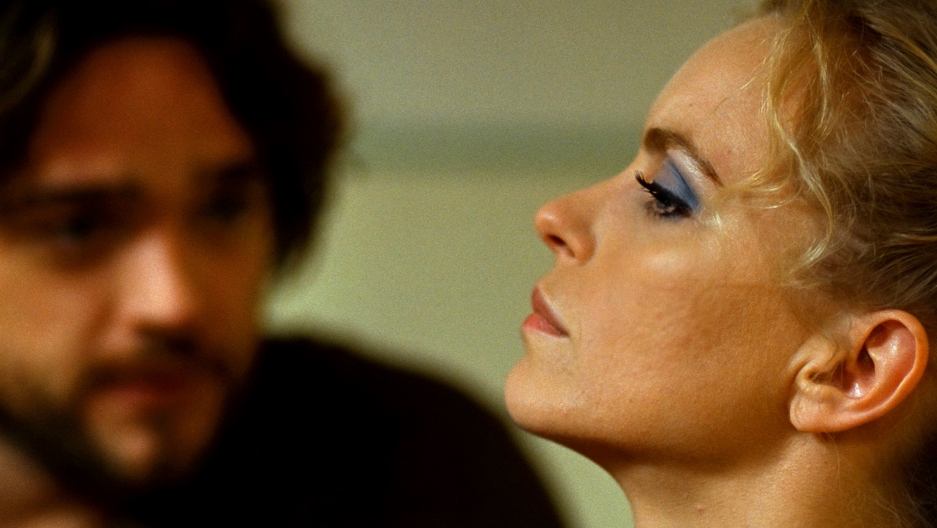 BERLIN, Germany — It’s the height of the Cold War in 1980. The authorities punish a female doctor from Communist East Berlin for applying to leave the country by banishing her to a provincial town. Under constant surveillance by the Stasi secret police, she’s determined to escape and join her lover in the West — until she’s gradually drawn to a fellow doctor in the ramshackle country hospital in which she now works, where she also develops a sense of duty toward her patients.

The tensions in Christian Petzold’s film “Barbara” have captivated audiences here since it premiered at the Berlin International Film Festival in February. It won the event’s Silver Bear prizes for best director and best actress and went on to win best film at the German Film Awards. Now it’s been selected as Germany’s submission for best foreign-language film to the American Academy Awards next spring.

The latest in a series of hit films to explore life in East Germany, it’s a strong choice.

Actress Nina Hoss, who’s starred in four previous Petzold films, plays the title’s eponymous protagonist with a restrained, nuanced performance. A glamorous Berliner, Barbara struggles to adjust to a lonely existence in her new home near the Baltic Coast. Quietly defiant, she’s subjected to regular humiliation, including full body cavity searches. She suspects everyone she encounters.

Rightly so: The local Stasi bigwig orders Andre, the hospital’s chief physician, to keep an eye on her. Despite the pair’s initial mistrust, however, their shared professional concern for two young patients prompts them to begin forming a bond.

Although the film paints a depressing picture of stifled life in provincial East Germany, it also provides plenty of color and images of nature that are very different from the gray, empty streets and Communist propaganda one sees in common depictions of the GDR.

The cinematic beauty helps support an ambivalence about the East. Even the odious Stasi officer becomes somewhat human after it emerges his wife is gravely ill with cancer. And when Barbara meets her West German boyfriend for a couple of trysts, he fails to appreciate her dedication to her job when he tells her she’ll no longer have to work after she escapes.

One of Germany’s most successful directors, Petzold has said he didn’t want to create a caricature of East Germany, but show something of the country he remembers from childhood. Although he was born in the West in 1960, his parents had fled the East in the 1950s. Their homesickness prompted the family’s frequent trips to the East to spend summers with Petzold’s grandmother in the countryside.

He wanted to recapture some of his positive memories in his film. “The trees were also full of color in the GDR, the meadows green and kisses could be tender,” he told Deutschland Radio earlier this year.

Although the relationships take center stage, as in Petzold’s previous films, the movie may attract more attention for its depiction of the Communist political system than for its romantic tensions and strong performances.

More from GlobalPost: Is euro optimism just the eye of the storm?

Unlike the country’s many contemporary dramas and comedies that fail to catch on elsewhere, “Barbara” is the latest in a series of films that deal with the country’s difficult past, Nazi and Communist, that have successfully crossed over into the international market. They include “Downfall,” “A Woman in Berlin” — which also starred Hoss — and Germany’s last Oscar winner, “The Lives of Others,” part of an effort over the past two decades to make sense of the East German regime through film.

Not all have been somber dramas. “Goodbye Lenin!” was a huge comedy hit in 2003. It followed the 1999 film “Sonnenallee,” which portrayed a group of young East Berliners obsessed with Western rock music. Full of references to pop culture and depictions of everyday life in the East, the film refrained from exploring the regime’s negative aspects too deeply.

“Sonnenallee” reflected a wave of so-called Ostalgie, or nostalgia for the East. “There was a need to rediscover a certain East German identity, which some felt had been lost in the process of transformation and reunification,” says Hanno Hochmuth of the Potsdam Center for Research into Contemporary History.

That marked a change from the films of the early 1990s, which tended to focus on the Stasi apparatus and examine how the authoritarian system poisoned personal relationships.

“The Lives of Others” — about a secret police officer who spies on a writer and his lover — and “Barbara” appear to indicate the pendulum has swung back toward a renewed interest in exploring the repression, surveillance and other dark aspects of Germany’s Communist past.

“There’s almost a formula for German films when it comes to the Oscars,” Hochmuth says. “You need to have something to do with dictatorship and a love story. If you follow that, ‘Barbara’ is absolutely the perfect nominee.”