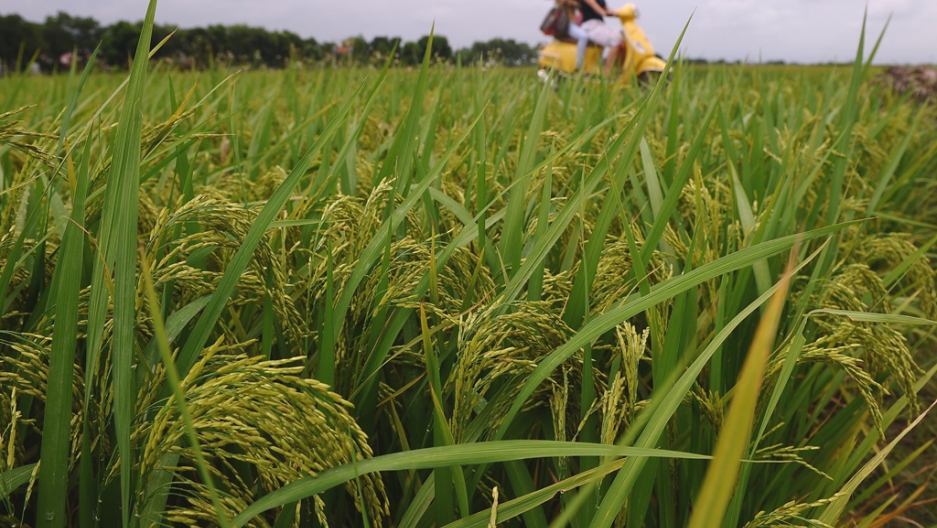 A new report by DARA, published on September 26, 2012, suggests that if climate change is ignored, it will lead to 100 million people killed by climate change-related problems such as drought, famine, extreme weather and pollution by the year 2030.
Credit: HOANG DINH NAM
Share

Climate change will cost more than 100 million lives and 3.2 percent of global gross domestic product by the year 2030 if it is ignored, according to a new report released on Wednesday.

The report was conducted by the humanitarian organization DARA and commissioned by the Climate Vulnerable Forum, a partnership of 20 developing countries most vulnerable to the effects of climate change, according to Reuters.

The rise of global average temperatures will cause extreme weather, drought and rising sea levels, threatening populations and economies, said the report.

According to the report's calculation, at least five million deaths each year are the result of air pollution, disease and hunger fueled by climate change.

The report, titled Climate Vulnerability Monitor: A Guide to the Cold Calculus of A Hot Planet, said that climate change is already responsible for nearly 400,000 deaths annually and costs the world more than $1.2 trillion, reducing  the global GDP by 1.6 percent annually, according to the Guardian.

Climate change is already causing deaths in developing countries, due to extreme weather causing crops to fail, leading to malnutrition and poverty in the local populations, said the report. The deaths caused by air pollution were counted separately, and amounted to nearly 4.5 million people a year, according to the study.

The report said, "In less than 20 years China will incur the greatest share of all losses at over $1.2 trillion. The US economy will be held back by more two percent of GDP; India, over five percent of its GDP," according to Agence France Presse.

"One degree Celsius rise in temperature is associated with 10 percent productivity loss in farming," said Bangladeshi Prime Minister Sheikh Hasina, speaking at the Climate Vulnerable Forum's Climate Week NYC conference. She added, "For us, it means losing about four million metric tonnes of food grain, amounting to about $2.5 billion. That is about two percent of our GDP," according to AFP.

The full report is available here.

More on GlobalPost: Sumatra earthquake in April was caused by up to five cracks in the Earth