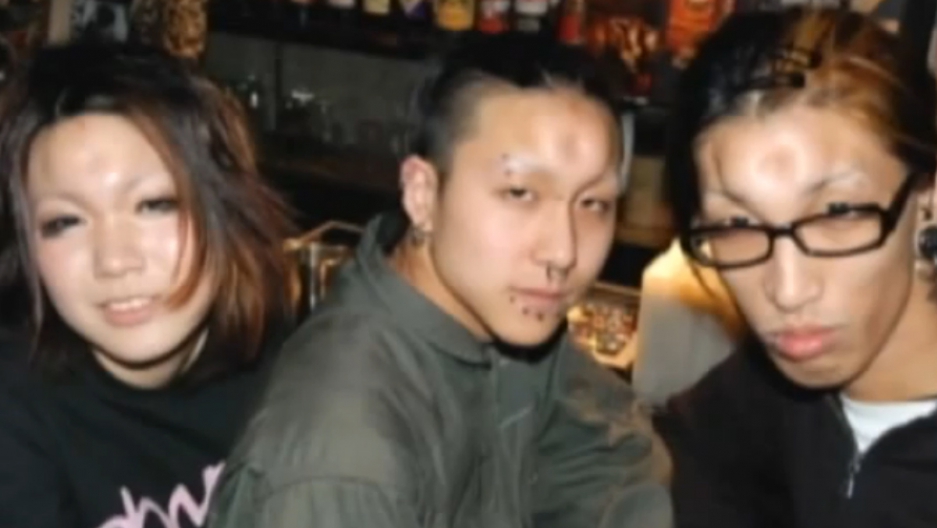 A body modification technique that uses saline to create a bagel shape in someone's forehead is gaining traction in Japan.
Credit: Youtube
Share

The Japanese have added another to their list of bizarre cultural phenomena: bagelheads.

"Bagelhead" is a form of extreme body modification that sees saline injected into the forehead causing swelling, after finally being pushed in the middle to form the shape of a bagel (see video below).

The Daily Mail said the process takes two hours and the bagel remains indented on the forehead for nearly a day.

The body eventually absorbs the saline and the forehead goes back to normal.

One client of a Tokyo body modification clinic told the Sun after having a giant needle plunged into her forehead that “It’s a relaxing sensation."

More from GlobalPost: Japanese artist cooks and serves his own genitals

“It’s kind of tingly and a building pressure that feels like it’s sending me to sleep.”

Vice said that the practice came to Japan around 2007.

However, the magazine said, it is actually one of the less extreme body modification practices taking place in Japan.

Despite the popularity of having a bagel on the forehead, other parts of the body can also have saline injections to hilarious effect.

The Sun reported that people even have "scrotal infusions."